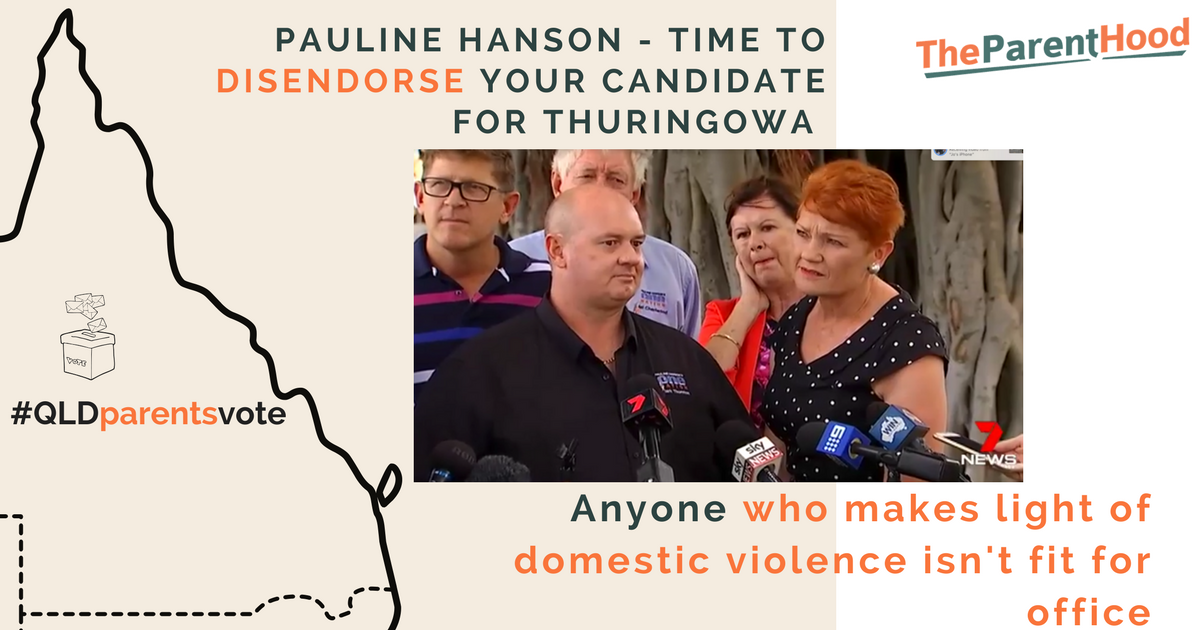 The Parenthood is calling on Pauline Hanson and Steve Dickson to immediately disendorse Mark Thornton, their candidate for the Townsville seat of Thuringowa. Anyone who is connected to jokes about domestic violence is not fit to run for public office.

Revelations today that a Facebook post that makes light of domestic violence calls into question whether Mark Thornton, Pauline Hanson's One Nation's candidate for the State seat of Thuringowa in Townsville, is fit to stand for Queensland Parliament.

“Good sex should be in the grey area between tickle fight and domestic violence” - Facebook post. Read the full story here.

Anyone who makes light of domestic violence is not fit to run for Parliament.

Sign our petition today if you too believe One Nation should no longer support Mr Thornton as their candidate in Townsville.