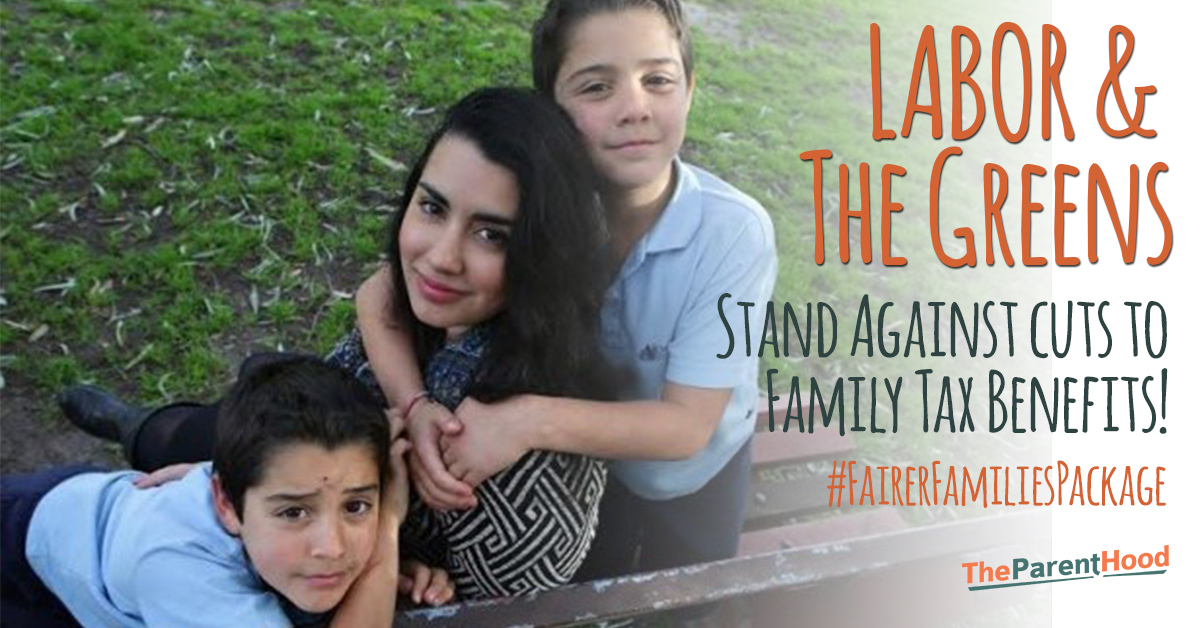 The Turnbull Government has introduced a new Bill into Parliament outlining a step back in the number of harsh cuts to Family Tax Benefit payments as announced under Abbott in the 2014 Federal Budget.

This is a significant milestone for the thousands of parents who have been campaigning against the cuts to FTB since they were originally announced.

But in reality these changes lessen the blow but still give a hit. 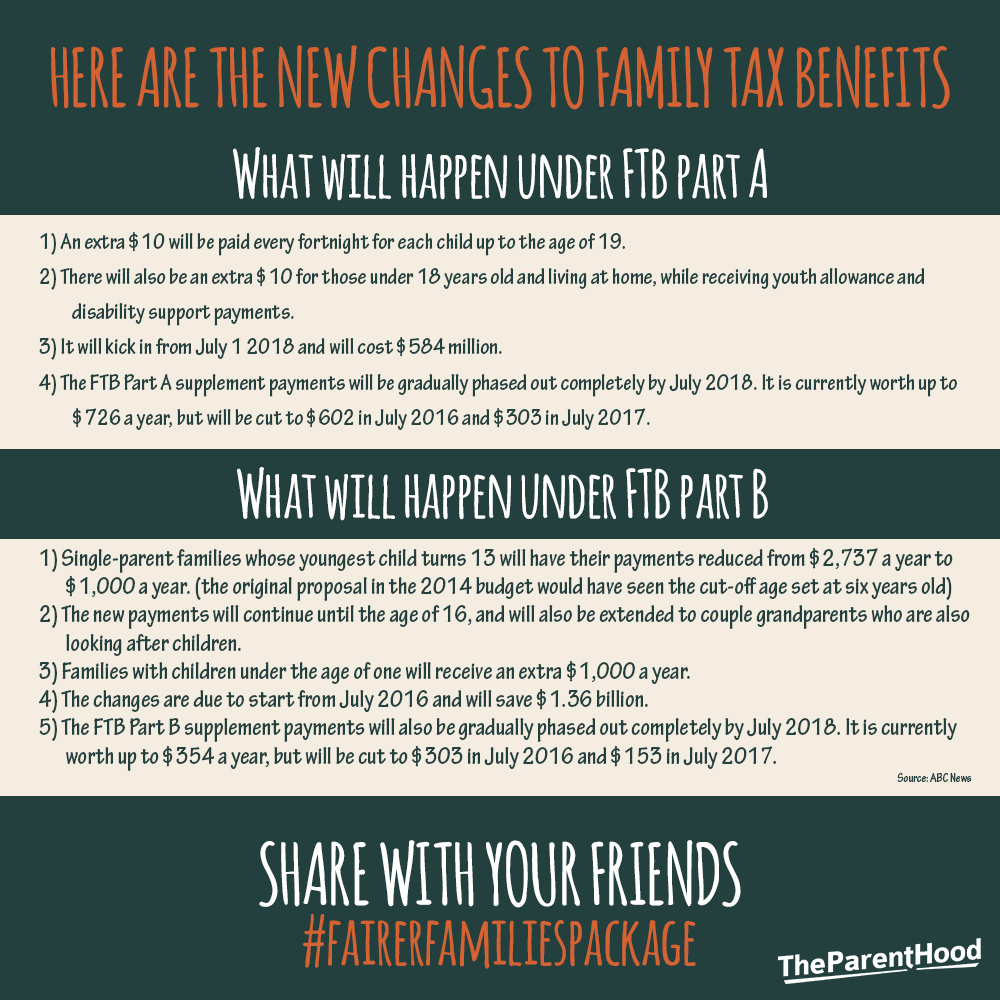 We remain committed against families, in particular sole parent families, being left significantly worse off.

But do Labor and the Greens? They were opposed to the original plans as announced in 2014 but we don’t know where they stand now.

It’s not right to force families who can least afford it to stump up the cash to fund the new childcare package. It’s just unfair.

We need the government to deliver a #FairerFamiliesPackage and we need all our politicians on board.

Join today to send a clear message to Shorten and Di Natale - VOTE NO.