I’d just signed a short contract when I found out I was pregnant.

I've had two children and in between I worked mostly on short-term contracts, with some project work through my sole trader business. In the middle of all that, life threw in an extra curveball: a pandemic!

It’s honestly been the most complex four years of my life: having to navigate through unstable work, mostly unpaid maternity leave for two babies, buying a house and moving from Melbourne to regional Victoria, and switching daycares.

Contract work is such a double-edged sword. On the one hand you get flexibility of projects and (usually) higher pay. And on the other, you have financial uncertainty between gigs and no entitlements like paid maternity leave through an employer. The instability of contracts affected me quite a bit during the height of the pandemic. And the government’s paid parental leave leaves a lot to be desired.

I’d only just signed up to a two-month contract when I found out I was pregnant with my first child. I feared I would struggle to find employment for the next eight months. Then the project hit some snags and ended by the time I was 10 weeks’ pregnant.

It took me about four weeks to lock in my next contract and I hid my pregnancy during the interview process. I didn’t tell my employer until I reached 20 weeks, when my bump got really difficult to hide.

Thankfully, the contract was extended until I was about seven months’ pregnant. My husband is a high earner and we had low expenses at the time, so I was feeling ok with the idea that I wouldn’t have an income before my son was born. I managed to land one last contract that finished just six days before I gave birth.

Working contracts while pregnant meant I qualified for the government’s paid parental leave. But it was a confusing process to navigate. It wasn’t clear how I’d get paid, and there were delays getting the first payment. 18 weeks’ paid leave is definitely not long enough, but it's better than nothing. 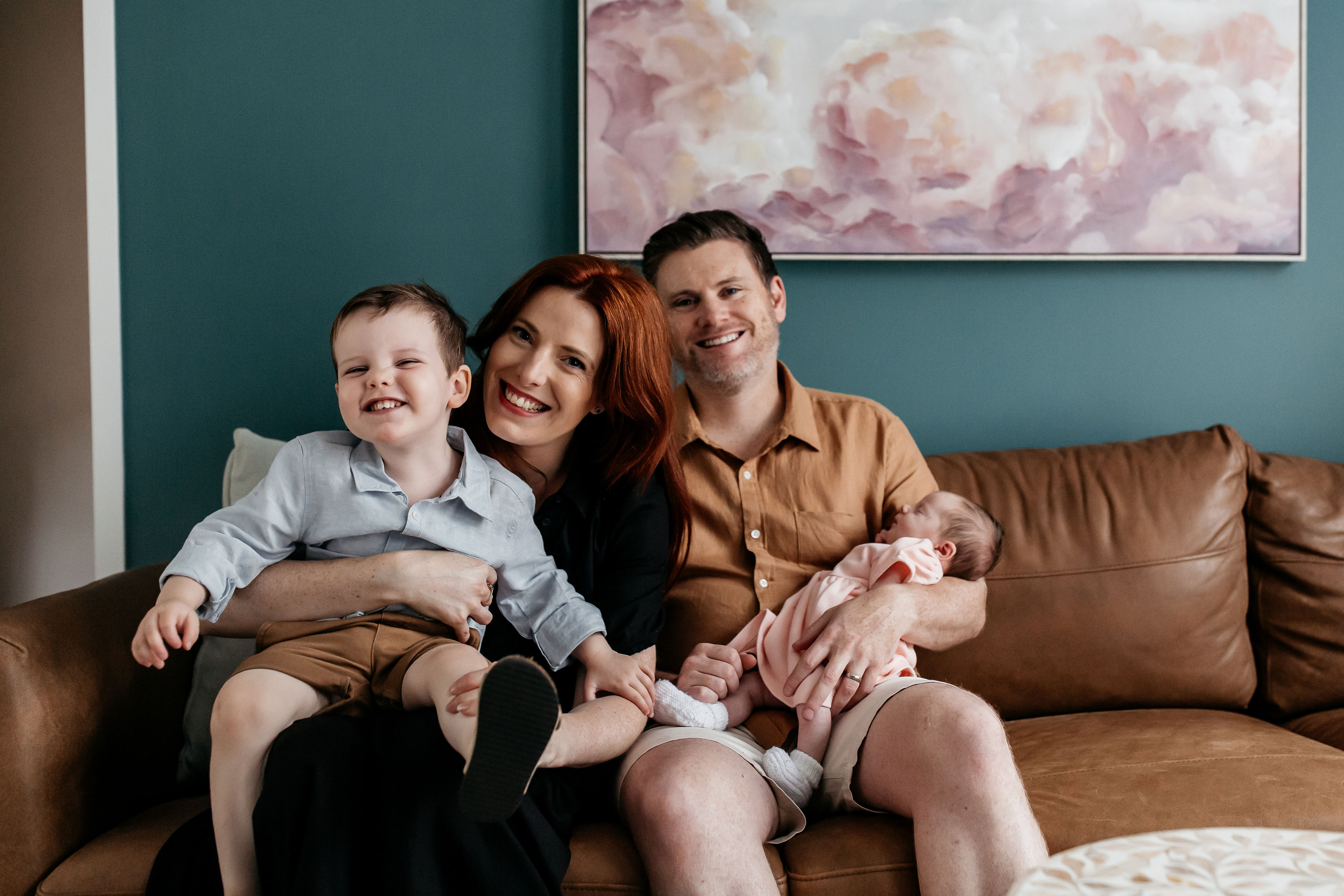 The next challenge - finding work again after maternity leave - worried me a lot. Thankfully I found more contract work through an old contact. At seven months postpartum, I returned to work three days per week on a short term contract.

While part-time work was helpful to keep daycare fees down, I hadn’t considered how often I’d have to take carer’s leave - and then COVID hit six weeks later. In COVID times, my son having the slightest cough or runny nose meant isolation. My husband works in emergency services, so care for our son fell squarely on my shoulders when daycare wasn’t an option. There were weeks at a time where I couldn’t work at all because I had to take carer’s leave.

I felt a loss of confidence after being out of the workforce for seven months. Coupled with working with new people remotely, while we all dealt with the impacts of lockdowns on our social and emotional wellbeing, I was exhausted.

Among all that chaos, my husband and I bought a house, so it became even more important for me to have work coming in. I worked in my own business for a while but, given we had just bought a home and been thrown back into Victoria’s lockdowns, I decided to negate the unstable economy and pick up another contract.

We moved from Melbourne to Geelong, and finding a new daycare with capacity was SO HARD. I looked for five months before we moved and most places told me the waitlist was too long to bother putting my son's name down for the date specified. I ended up finding a daycare that only had capacity because they were new, and in a newly-developed area. 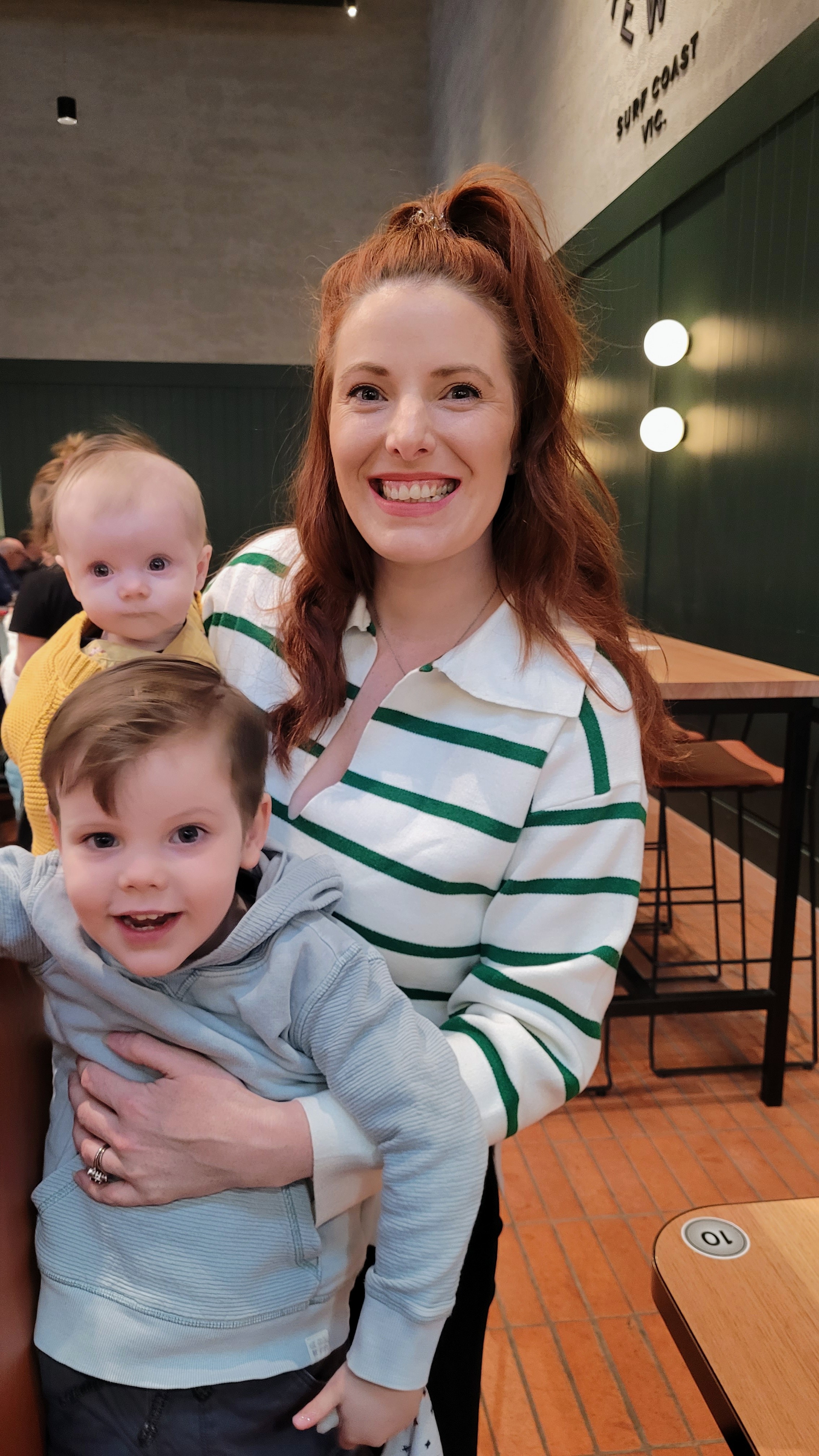 By the time we moved, I had found another contract, and had negotiated to work a nine-day fortnight so I could still have time with my 18 month old son. I hadn’t considered how stressful it would be to be a people manager, doing full-time work in fewer hours, while managing my son through sickness and no daycare because of COVID exposures or staff shortages.

In July 2021, I found out I was pregnant with our second child. I had hyperemesis gravidarum while working almost full time in a demanding job, with a husband on the frontline of the pandemic and a two-year old who was in and out of daycare. I was unwell physically, mentally and emotionally.

I tried seeking psychological support through a GP mental health plan but couldn’t find a psychologist with a waitlist shorter than six months. I crawled to the finish line of that contract before my daughter was born.

Again, because of my contract work, I was only able to get paid leave through the government. But this time, we had to pay for a child in daycare too. Our budget felt so much tighter.

I went back into working in my business as soon as the 18 weeks were up. This policy clearly doesn’t take into consideration that mums are sleep deprived, healing our bodies after birth, and spending hours each day feeding, entertaining and supporting our babies to get to sleep. Returning to work at this time can feel brutal some days.

I honestly don’t know how low-income families afford to live during the years before school. Women have barely healed from birth and they have to go back to work, or they have to deal with losing vital income. The secondary parent has to shoulder the financial burden until then. Daycare is expensive, and it only gets worse the more children you have. Especially in this economy where the cost of living is so high, we need better policies to financially support families.