If you’re a dad and your partner is planning on taking primary carer’s parental leave after having a baby - which is overwhelmingly the case - the Federal Government is willing to pitch in and pay you two weeks of leave at the minimum wage. Two weeks. To adjust to life with a newborn. Two. Weeks. Let that properly sink in.

As a father of two, I feel confident in saying two weeks is not enough time for a family to recover physically and emotionally after childbirth, establish a skerrick of a routine, or adjust to the new dynamics of caring for an infant. To do any of those important things, families need to be able to spend time together in those formative months.

I know from my own experience the difference between taking a small amount of leave compared to a decent chunk of paid leave. It was life changing.

With my first child, I took just 13 days, and it made life more difficult. For all of us. We were adjusting to a new family dynamic, our sleep was disrupted, and I was trying to balance my regular work responsibilities on top of our home life. 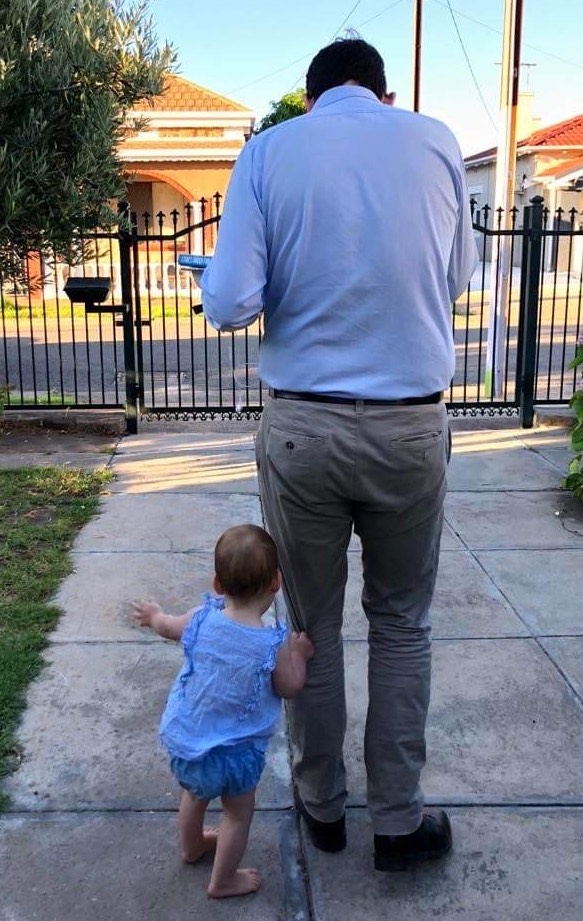 With my second child, it was much easier. I took two months off using a mixture of paid parental and annual leave. Life was so much easier being able to be there for my family when they needed me without having to worry about how I could do my job. I’m so lucky I got to take that time. Paid parental leave for dads is rare and sporadic in Australia.

The government-funded parental leave is all most of us can rely on. That means 18 weeks for "primary carers" (mostly mums) and two weeks for "dads and partners".

I’ve been campaigning for greater access to better parental leave for over a year now. I’ve come across many supportive politicians, parents, and business leaders who know it’s the 'right thing' (as well as the smart thing!) Occasionally, though, I’m told, 'Oh Dads won’t take the leave'. I’m here to call baloney on that. Dads in Australia want to take time for their families and we know, from our global peers, that when dads are offered decent paid parental leave, they take it. 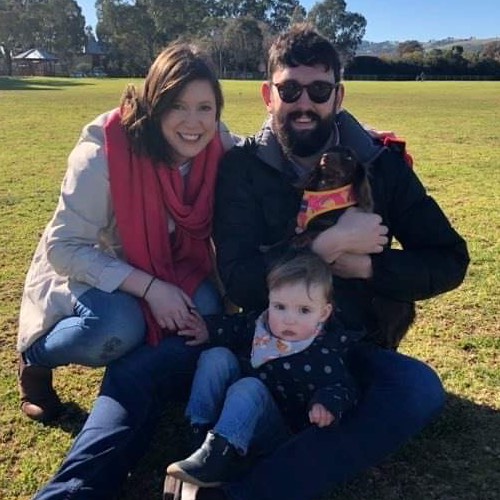 In 2000, Iceland changed its parental leave policy to target dads and uptake among dads went from roughly 30% to above 80% and has stayed above 80% for the last 22 years. Dads using parental leave doubled in Finland between 2003 and 2013 when they changed the policy. In Quebec, 80% of dads took their entitled leave in 2018. Not to mention 86% of dads in Spain and 89% in Norway.

Dads in Australia take less than 20% of the parental leave that dads take globally and I don’t believe that’s because they don’t want to spend the time with their children. In 2014, the Australian Human Rights Commission found that 75% of dads wanted to take additional leave to care for their kids but more than half of them didn’t because they couldn’t afford it.

Our policy is long overdue for an upgrade that recognises the role that dads play in families and why paid parental leave matters. We need to implement a "use-it-or-lose it" policy like other countries that will give dad's permission to take leave.

What does "use it or lose it" mean?

Under a 'use it or lose it' model, each parent is given a set amount of paid leave that only they can take and then they are allocated an additional amount of leave they can use as they wish. So if a couple called Finn and Fiona have a child, each parent gets three months leave, and then Finn and Fiona choose between them how they want to split the remaining three months to suit their family.

If Finn decided he didn’t want to take the leave that’s fine - but his three months wouldn’t get paid. When companies and countries set it up so that a family misses out if it’s not used, dads take it.

When dads are engaged in the home, they are more likely to report being happier at home; they are more productive at work, their kids report better outcomes at home and school, their marriages fare better, and it empowers women to return to work which has a corresponding bump to the national economy. When dads are supported to care, everyone wins.

It’s time for Australia to act now. Aussie dads want to be able to take leave to help their families and their families deserve it. If you’re a dad, you know a dad or you just want to get involved; it is time to get in the ring.

The only way to make change is to be heard. Make a better deal for dads (as well as kids and mums) a priority! And if you’re interested in joining an organisation that is actively advocating for changes to PPL sign up to volunteer with The Parenthood.

Alex's story was featured in Mamamia.