An honest conversation with Anthony Albanese

Just over a week ago I received a message that stopped me in my tracks. It was from the leader of the Opposition, Anthony Albanese, saying he wanted to accept our invitation to sit down with members of The Parenthood and hear directly from mums, dads and carers, just like you, about the challenges they face.

As an advocacy organisation that gives voice to parents, any opportunity to facilitate our members sitting down with politicians is valuable. To have the attention of a major party leader, less than two weeks out from a federal election, is valuable on a whole new level.

(Our invitations to Scott Morrison and Stuart Robert and Anne Ruston to sit down with members of The Parenthood still stand.) 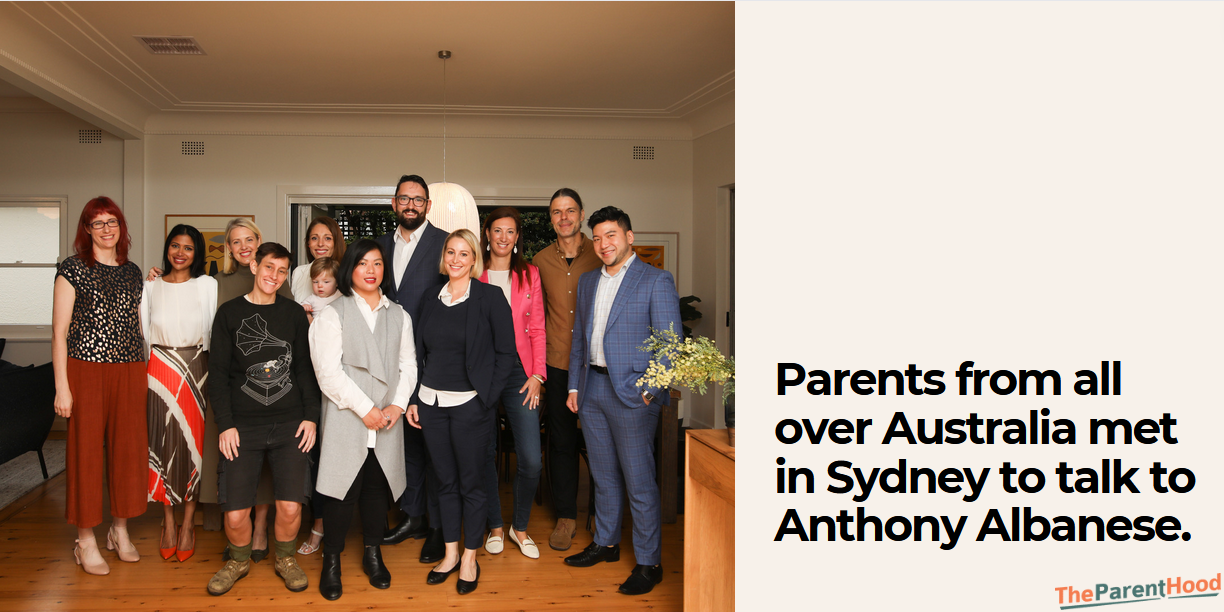 Nine of our members from across Australia sat down with Mr Albanese, the Shadow Minister for Early Childhood Education and Development, Amanda Rishworth and Catherine Renshaw, Labor's Candidate for North Sydney. I cannot describe how emotional the conversation was to behold.

The parents spoke so generously and frankly about their struggle and juggle of making work and family work. They spoke of the financial pressure that the high cost of early learning puts on them and their families.

Ollie spoke about the impossibility of matching insecure work with early learning and care. Anna spoke about being a mum of 3 and an early educator and explained that over her 15 year career she has earned a $15 pay increase.

The exorbitant cost of early learning was a universal theme.

“We left Sydney because we couldn’t afford the fees for childcare anymore. The fees were actually more expensive than our mortgage,” said Wang, who moved to Brisbane with his husband and two sons.

Deline and Shivani spoke about the huge financial burden of early learning - and the price too many mums pay long term for taking the career breaks. Dinah Thomasset spoke about isolation, post-natal depression and anxiety and the madness of returning to work feeling like "an expensive hobby".

Watching each of our members have their own experiences validated by a person vying to be Prime Minister was moving. Their stories were met with empathy and understanding from all the politicians present. Just being heard is so powerful.

Being heard and being met with a commitment to ease the pressure on families, and improve the lives of children and parents, is more powerful still.

“Instead of navigating a complex system and overwhelming costs, parents can concentrate on doing what they love: simply being great parents,” he said during our meeting. In the short term Labor has committed $5.4 billion to make early learning more affordable for 97% of families with $1600 a year the average saving. (You can see how much your family would save here)

Beyond this however, Albanese reiterated his commitment to reform, stating that the legacy he wants to leave is universally accessible quality early-learning. That is life-changing, nation-building, future-proofing reform. 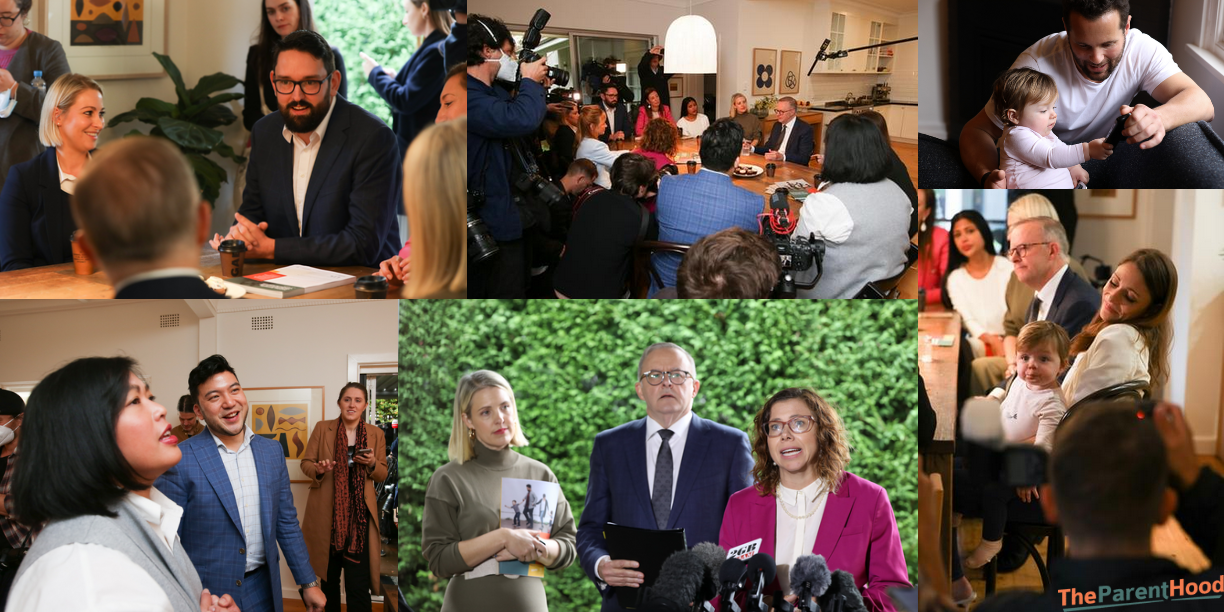 The fact the Labor leader made time to sit with parents for a wide-spanning conversation with no parameters just weeks from the election is telling.

There is no reason the commitment should be partisan. Setting children and families up for success ought to be apolitical.

That's why we're challenging Scott Morrison to match Labor's commitment to lift the maximum Child Care Subsidy rate to 90% and ask the Prime Minister to commit to delivering a high quality, universally accessible and affordable early learning system. Our friends from Thrive by Five prepared an email you can send directly to Scott Morrison asking him to do just this. Please click here.

In just over a week the election will be held. It is because of your ongoing support that we have been able to put children, families and early childhood education and care at the centre of this election.

Let's keep making noise before the election so that whomever is representing us in Federal Parliament knows there is an army of supporters voting for a better deal for children, women and families!

We can make Australia a much better place to be a parent and raise a child!

We are calling on every Federal political representative to make elections commitments on:

1. One year of Paid Parental Leave to be shared between parents.
2. Universal access to Early Childhood Education and Care and Outside School Hours and Care delivered by a well supported and properly funded workforce.