Australia ranks #2 in world for most expensive childcare

The release of new OECD families data highlights the crippling cost of early childhood education Australian parents endure. A couple with children in full time care will spend 60 per cent of average earnings in gross childcare fees, second only to Switzerland.

In net fees Australia has jumped to 7th in the world, with families spending 26% of average earnings or 20% of net family income on early learning. This compares to the OECD average of 14% and 10% respectively.

“Parents have been telling us for years that the cost of care is so high that they’re forced to “choose” between working and sending their children to early learning and it’s only getting harder,” The Parenthood Executive Director Georgie Dent said.

“In global terms Australian parents and children are missing out. When early learning is unaffordable it forces parents to reduce work which is costly for individual families - and the economy - in the short and long term, and it means children miss out on the advantages and benefits of quality early learning.

“Out of pocket costs for early learning are up 14.7% since May 2019. For most working families after housing early learning is the biggest source of financial pain and it is simply unaffordable and unsustainable.” 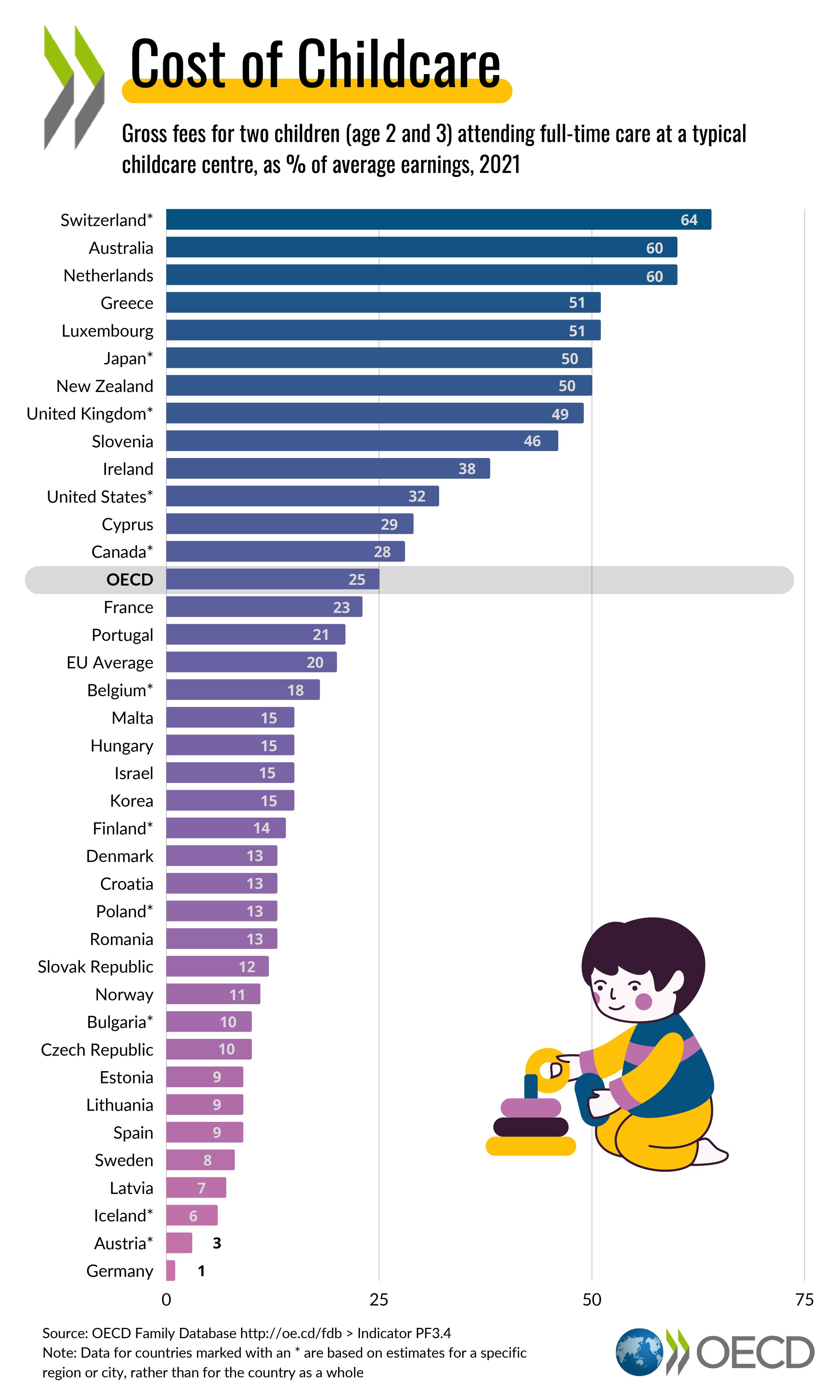 Against the backdrop of the cost of living crisis facing Australians, early learning reform is critical.

“The Coalition committed $1.7 billion in new funding, over three years, to make early learning more affordable for parents with two children in early learning but it doesn’t go far enough.

“Labor has committed an additional $5.4billion over three years to lift the maximum Child Care Subsidy rate to 90% for families with one child in early learning and increase rates for every family with one child in care earning less than $530,000 in household income. It has also committed to looking at the issue of pay for early educators and to pursue a plan for universal access.

“Ahead of the election on 21 May The Parenthood is calling on all candidates and parties to commit to early learning reform. Investing in ensuring that every child in Australia under 5 has access to quality early learning, regardless of their postcode or parents’ income, is the most significant economic and social reform within our grasp.

“We cannot afford to ignore it.”