Where parents decide to settle when having children can make a massive difference to their ability to access early childhood education and care, according to the results of a new Mitchell Institute report.

The Deserts and Oases: How accessible is childcare in Australia? report released today reveals more than a third of Australians are living in a childcare desert with three or more children vying for every available local childcare spot.

Families in regional, rural and remote areas or living in neighbourhoods with lower household wealth are more likely to be stranded in childcare deserts.

The Parenthood Executive Director Georgie Dent said families are struggling and the early learning and care system needs an overhaul so no child or family is left behind.

“We do not live in the Hunger Games, children and families should not be left to compete for early learning places at the appalling odds of three to one or live in neighbourhoods with no local suitable places available at all,” she said. 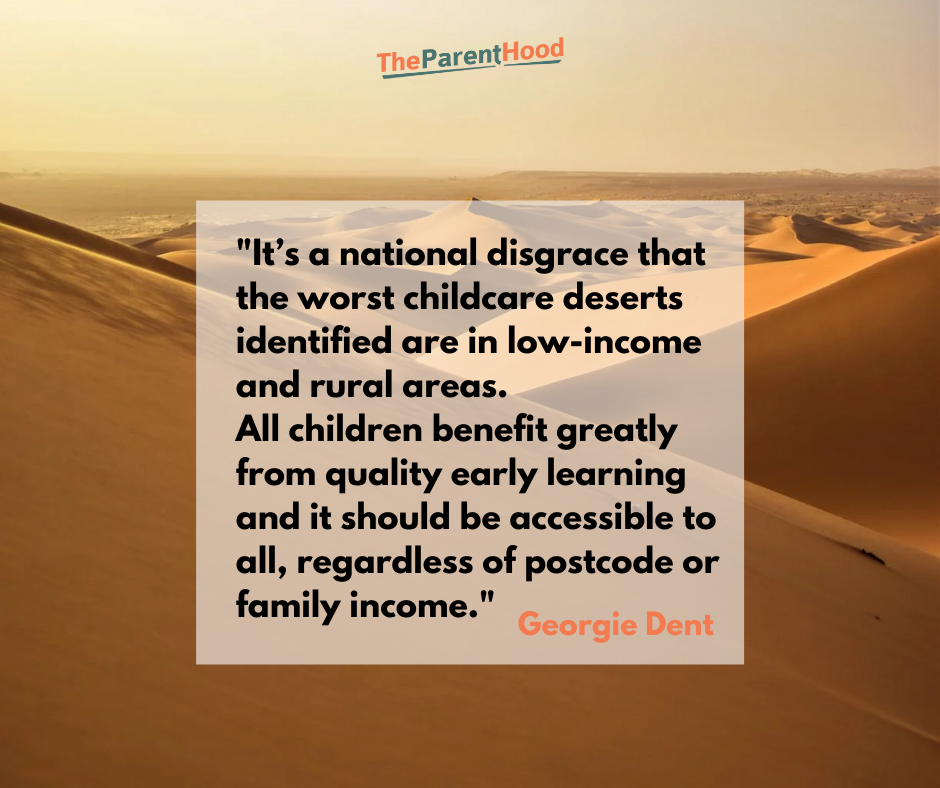 “Quality early learning helps level the playing field as it supports children to arrive at school ready to learn and thrive.”

“We also know a lack of affordable and safe early learning limits women’s options for re-entering the workforce.

“In February 2021, there were 140,000 Australians who wanted to work, but didn’t because they cannot access suitable or affordable childcare. More than 90% of these people locked out of the benefits of work are women.

“Early childhood education and childcare is a valuable community service and the Federal government should start treating it that way.

“Investing in women and children and eliminating childcare deserts represents an investment in human capital and potential that benefits everyone and can create intergenerational change,” Ms Dent said.

The Parenthood asserts the next Federal Budget will be judged as failing kids, mums, dads and families unless it delivers some key reforms, including: