How long have you been working at Indi Kindi?

I have been working six years at Indi Kindi.

Can you describe your journey that led you to working with Indi Kindi?

I was coming to Indi Kindi as a mum and then something inside made me want to become an early childhood worker to help the little ones get ready to go to school. I came to work every day and built my confidence. I made a commitment to be part of a team and the workplace.

I said to myself I want to be part of this team to help my family and the community and the kids, give them a good education for the future so they can get a job and a better life. And to educate young mums to be healthy and to be strong in our culture and our ways. Mums used to come to the sessions with fizzy drinks and we told them you have to play a role in giving the kids healthy foods and drinks and be role models for them.

What has it been like, working in a locally-led service?

It’s great - you go to a lot of places and learn new things, build confidence, a lot of people respect you and look up to you, being a role model in community. Kids trust us - they know us and know they are going to learn and play.  For people around the community, they can be a part of early childhood. My mum says, “Keep on doing what you are doing because you are helping kids and families.” Every morning I wake up happy, I get up so excited to see their smiling faces. It brightens up my day. 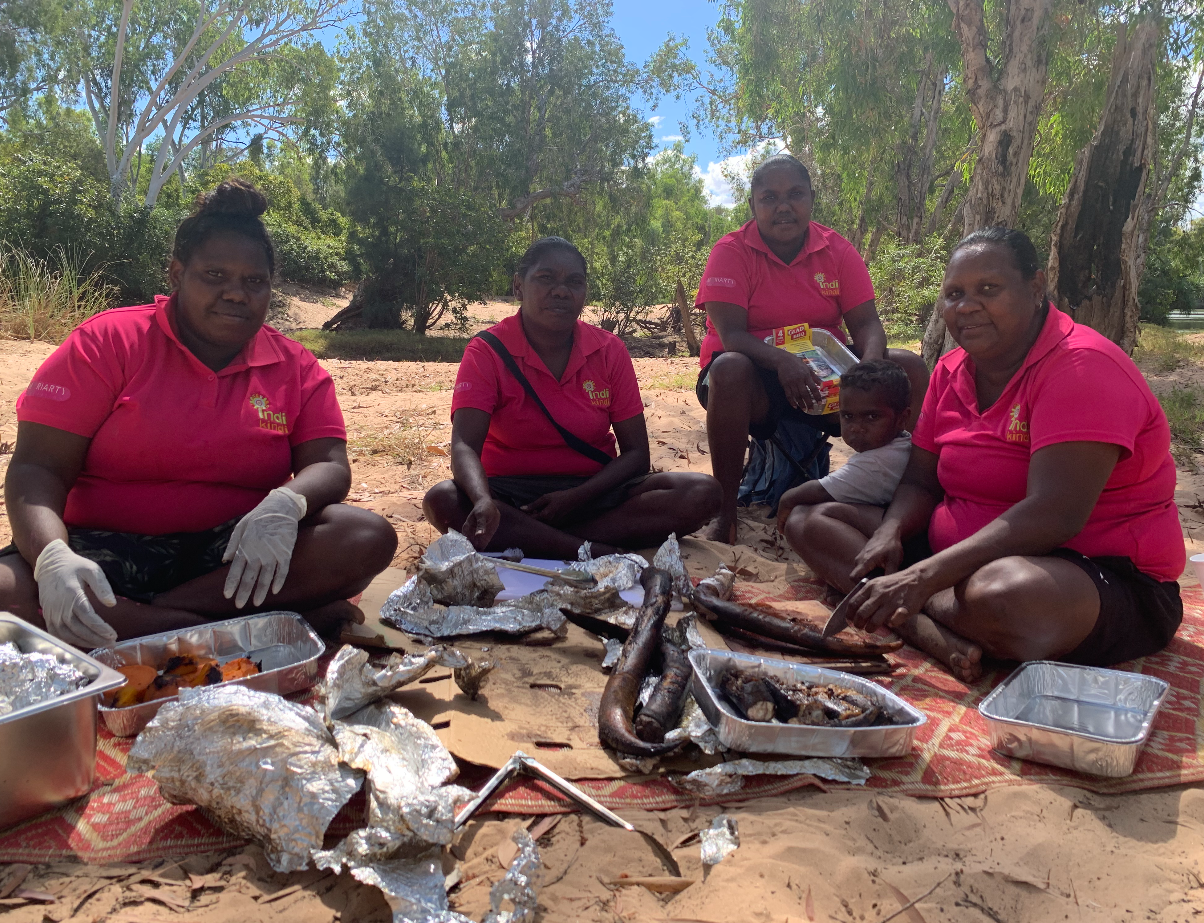 (Deandra and Indi Kindi educators preparing a traditional meal of kangaroo tail on the fire at an Indi Kindi session by the McArthur river in Borroloola.)

What difference does Indi Kindi make for the families in your community?

We pick the kids up, we go and get them, they get looked after and fed, they get to play and are learning at the same time, learning through the play. They like being outside at Indi Kindi, there’s more room and space to run around. My mum comes to the session, she says we are lucky to be outside in the fresh air. The kids need to be outside. When they go to school, they know about washing hands, being on the mat, packing away, listening to stories, reading, counting, fine motor skills, socialising.

What has been your own experience with accessing childcare for your children?

Childcare gives mums a break to get to do things. Not really easy to access childcare here, you have to be working, if you are not working, they won’t take the kids. The mums and kids come to Indi Kindi because we are family. The kids know us, we are their family. 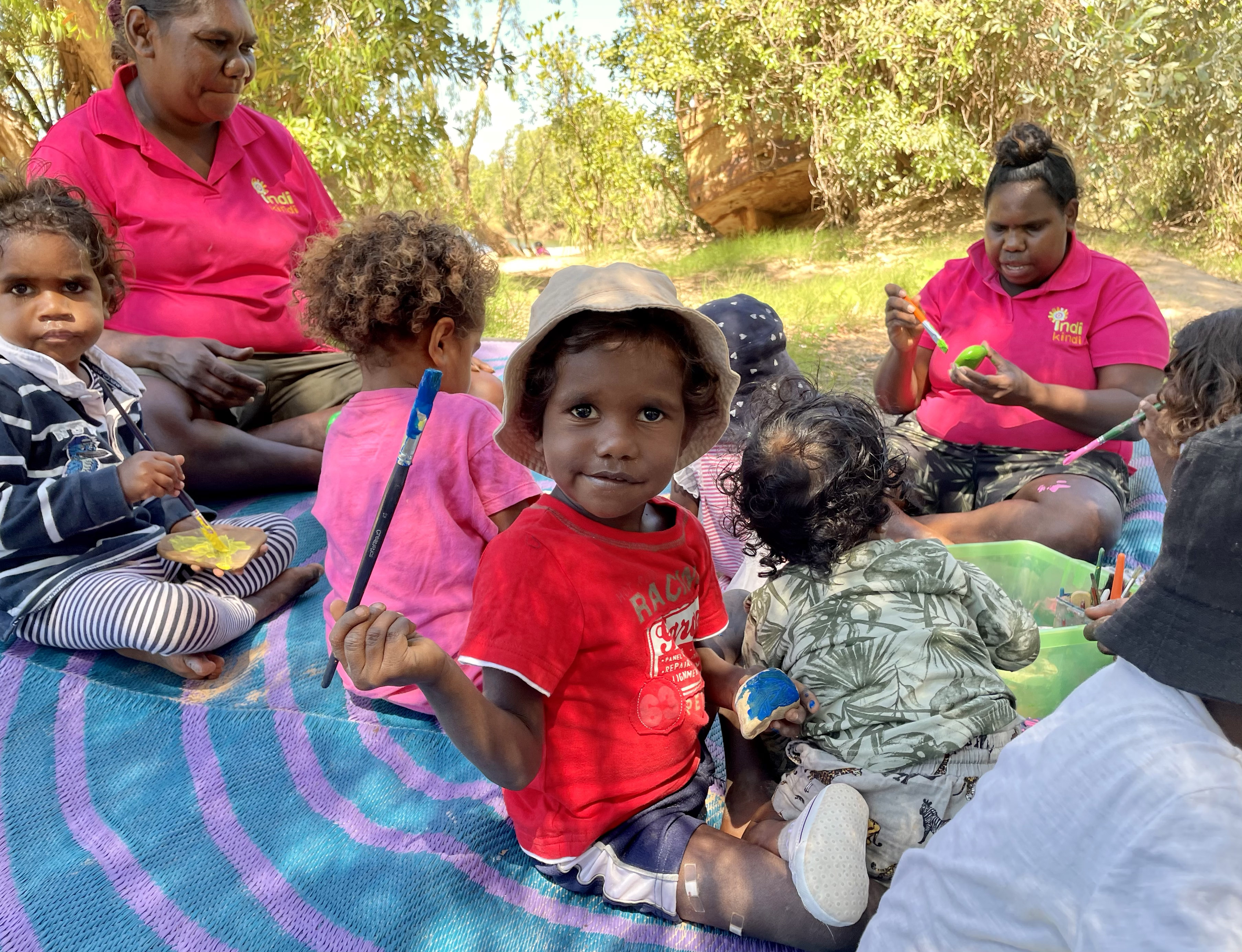 Have your children attended Indi Kindi? What has that been like for them?

Leonardis was at Indi Kindi, he enjoyed playing, he would always run down to the playground and go learn. Baby Lloyd counts up to 5, he says his name, he’s learned it though the songs. He goes on the bus every day, he never misses any sessions. It’s good I can bring him to work from an early age when he was 5 months and now he’ll be 2. 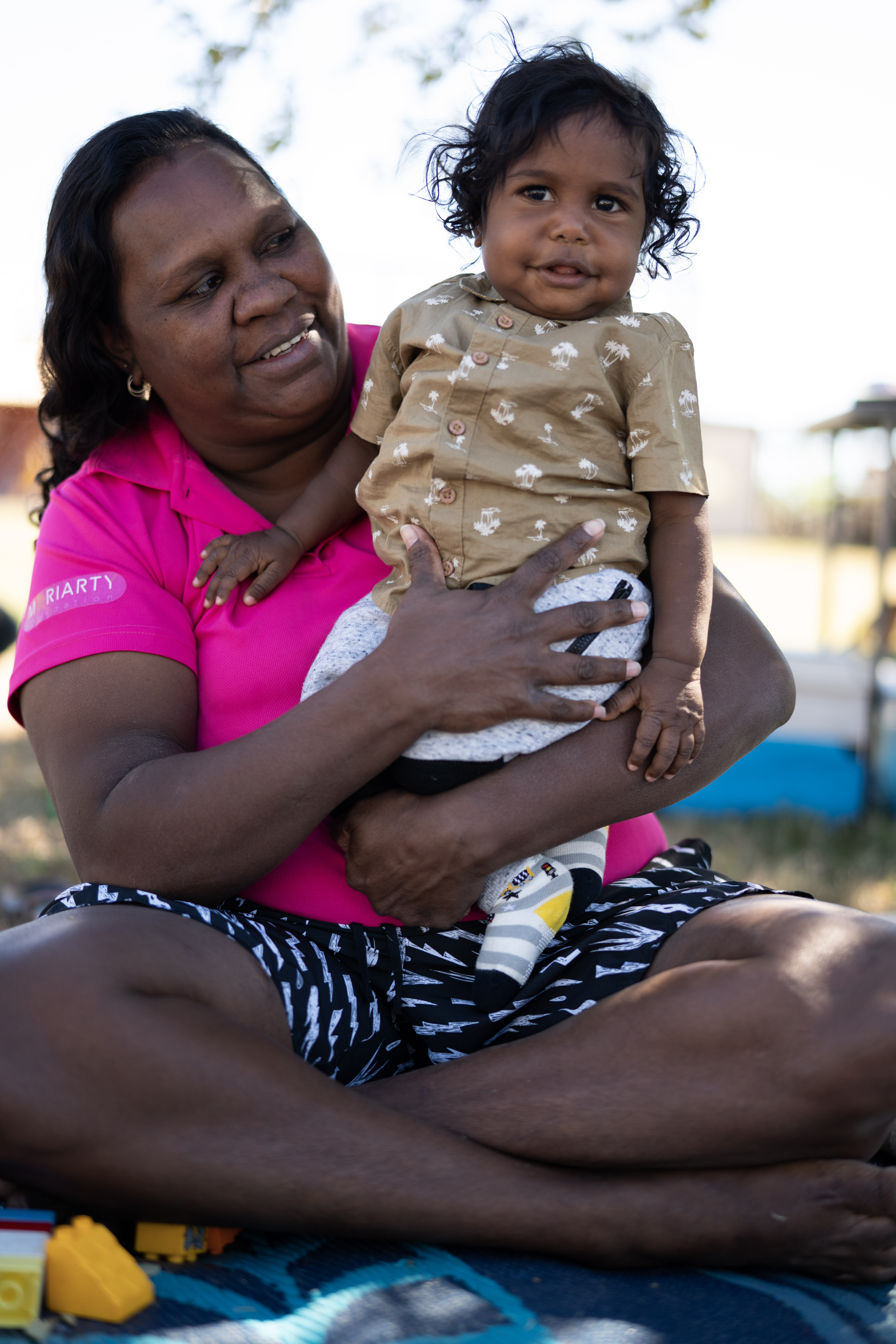