I love my job and the sense of identity and purpose it gives me.

I stayed in a job I hated for four years longer than I should have because I was going through IVF and I wanted job security and paid parental leave, in case I did eventually fall pregnant.

Years later, after that marriage ended, I had been employed for 1.5 years in a high-pressure contract role when I fell pregnant with my second husband. I was constantly looking to secure a permanent position with my employer, so that I’d have a chance of returning to work part time after the baby was born. About halfway through the pregnancy, a new role came up with the same employer that paid a bit less, but was a better fit for my career goals. I applied, and was reassured that all the roles in the newly formed team would be ongoing positions. Lo and behold, when I was offered the role, it was suddenly the only one that was a 12 month contract. This seemed like no coincidence, given that I was very visibly pregnant.

When the time came to go on maternity leave, I was pleasantly surprised to find that I was entitled to paid parental leave from my employer and the Federal Government, because I’d been with the organisation for more than 12 months. I was also reassured by my employer that although my contract would technically end while on maternity leave, they would still welcome me back after 12 months of leave, and by then the role might be permanent.

My husband was fortunate to receive six weeks of paid paternity leave from his employer, which made a huge difference in those early postpartum days while I recovered from a caesarean. My husband learned the ropes of parenting at the same time as me because, let’s face it, ‘maternal instinct’ is a fallacy. I had no more clue what I was doing than he did! He was also able to settle our newborn overnight so I could get some much-needed rest, without having to worry about functioning at work the next day. 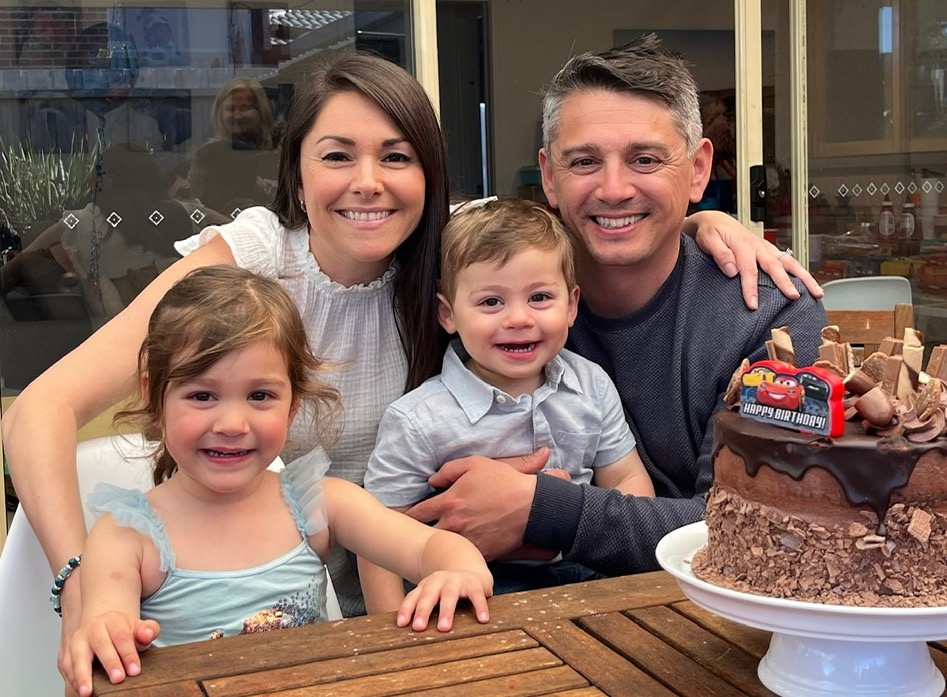 The combined government and employer paid parental leave kept our little family afloat financially for the first six months. Then my employment contract was due to end. I knew my employer had no obligation to offer me part time hours upon my return as I was a contractor, but I was shocked to hear they actually wanted me to reapply for my role and compete against my maternity leave replacement! Given that they weren’t encumbered by caring responsibilities, and able to work full time, I knew I had little to no chance of being chosen over them. My confidence was also at an all time low after being out of the workforce for nine months and in an environment devoid of adult conversation.

I felt I was being subtly discriminated against for being a mother, but that there was no legal action I could take because I had been on a contract and my employer had not put any of the promises about my return to work arrangements in writing. I decided not to apply for the role.

It made zero financial sense for me to return to work part time, when almost half of my income would go straight to childcare. Unfortunately we can’t rely on our parents for help with childcare because they are all still working, well into their 60s. I decided to cash out my long service leave, and that money kept us going a bit longer.

I enjoyed staying home to raise our daughter, but I completely lost my identity, and felt largely invisible and unvalued by society. People talk about how motherhood is the most important job there is, but it sure didn’t garner the same level of respect as paying jobs.

After our daughter turned one, we decided to try for another baby, so there seemed no point in me returning to paid work. I was also conscious that in my experience, employers perceive pregnant women and women with young children as inconveniences, so I felt I was doing the right thing by continuing to stay home and raise our children. 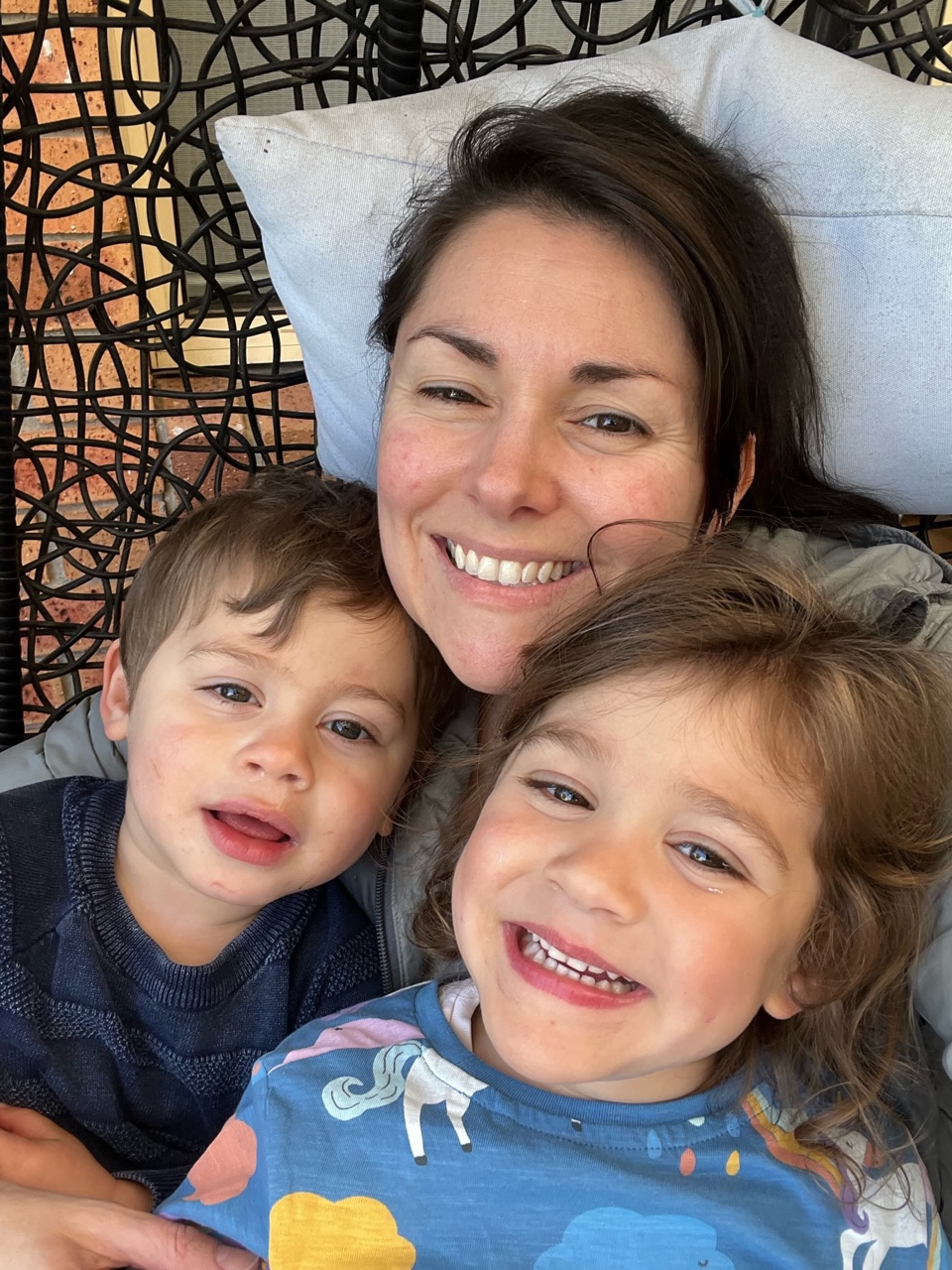 My hard-working husband started a successful small business to bring in more income for our family, as he could earn more working a few hours on Saturdays, than I could working three days. And because I was home we didn’t need to worry about some of that income going towards childcare fees.

But this meant he and I were both working six days a week (him in paid work, me in unpaid work), and were mentally and physically exhausted. Then COVID-19 hit, just as I fell pregnant with our second child. Needless to say our mental health suffered a lot more as we both battled anxiety, burnout, isolation and depression.

It was at this time that I wished I had a paying job to go to, to get some respite from being a mum, which is the most exhausting job I’ve ever had. I know plenty of other mums who chose to return to paid work even though it yields almost no income after childcare costs, because work felt like a holiday compared to being a stay at home parent.

After 3.5 years out of the workforce, I decided it was finally time for me to return to work, even though it still didn’t make economic sense. I now work 2.5 days a week in a role that requires a three-hour round trip, because there are no well-paid part time roles in my field closer to home. I love my job and the sense of identity and purpose it gives me. I know I offer significant value to my workplace, as I’m skilled, highly educated and passionate.

It seems insane to me that women in Australia are some of the most highly educated in the world, yet we’re being pushed out of the workforce because there’s no financial incentive to work when childcare is so expensive.

I also can’t understand why early childhood educators are among the lowest paid skilled workers; the work they do is so valuable and critical to our country’s economic success. When young children aren’t being cared for, parents can’t work. It’s pretty simple really. With the severe shortage of qualified early childhood educators, we need to work hard to keep the ones we already have. That starts with paying them a fair wage, offering better working conditions and treating caregiving work with the respect it deserves.

It baffles me that we don’t question why we have public education from prep onwards yet early years education is only minimally subsidised by the Government. I’m pretty sure the answer has something to do with the fact that caregiving is work that women are just expected to do for free. And to that I say: no more.