I wanted to see a change to the Fair Work Act.

My pregnancy was great until 20 weeks when it was discovered I had a shortened cervix. Fortunately, I wasn’t in labour. However, I was at high risk of having a preterm labour.

It was a Friday and they told me, “We don’t think you’ll last the weekend.” It was a very traumatic experience; as the baby was under 23 weeks and 6 days they wouldn’t automatically resuscitate. For a first-time pregnancy where nothing was wrong with the baby or me other than the cervix, it was very hard to take.

I was put on home bed rest and to hope for the best. Luckily, as an IT Project Manager, I was able to work remotely. There was a large mental health component as being stuck in bed was very isolating.

Initially there was a lot of support for me to work which was fortunate as otherwise I would have had to take leave 14 weeks early and where would that have left me financially?

I ended up giving birth at 26 weeks and 1 day. What followed for my son was 96 days in hospital on breathing support, much of that time in a critical but stable condition. They call it the “NICU rollercoaster” - lots of steps forward, and many, many steps back. We technically lost him at 1.5 weeks old, and he was intubated again, and on the edge of life for weeks to come.

You don’t feel like a parent with a preemie baby as they have a lot of medical dependency. It’s so important to be there and try to bond, but it’s the nurses who are your child’s primary carers.

Mentally, I felt like I needed to continue working. I wasn’t at the NICU 24/7. I wasn’t doing all the normal things a new Mum or Dad would be doing. However, the company I worked for had looked at the legal side of things and advised I had to start my Parental Leave or I would lose it entirely.

My original plan had been to finish working four weeks before (a full term) birth, use my employer’s 12 weeks paid parental leave and then the government’s 18 weeks.

But babies never go to plan - and I was told to start my leave at my child’s birth date, 10 weeks earlier than anticipated. I was able to use other leave entitlements I had such as annual and sick leave. This wasn’t much by that point, though, as I’d had to use leave for many additional appointments at the hospital.

Your time to be a mum and bond with your baby at home is so much shorter with a preemie because you have used so much leave while they’re in NICU. I hadn’t even held my son for his first week of life, and yet I was expected to be on parental leave. 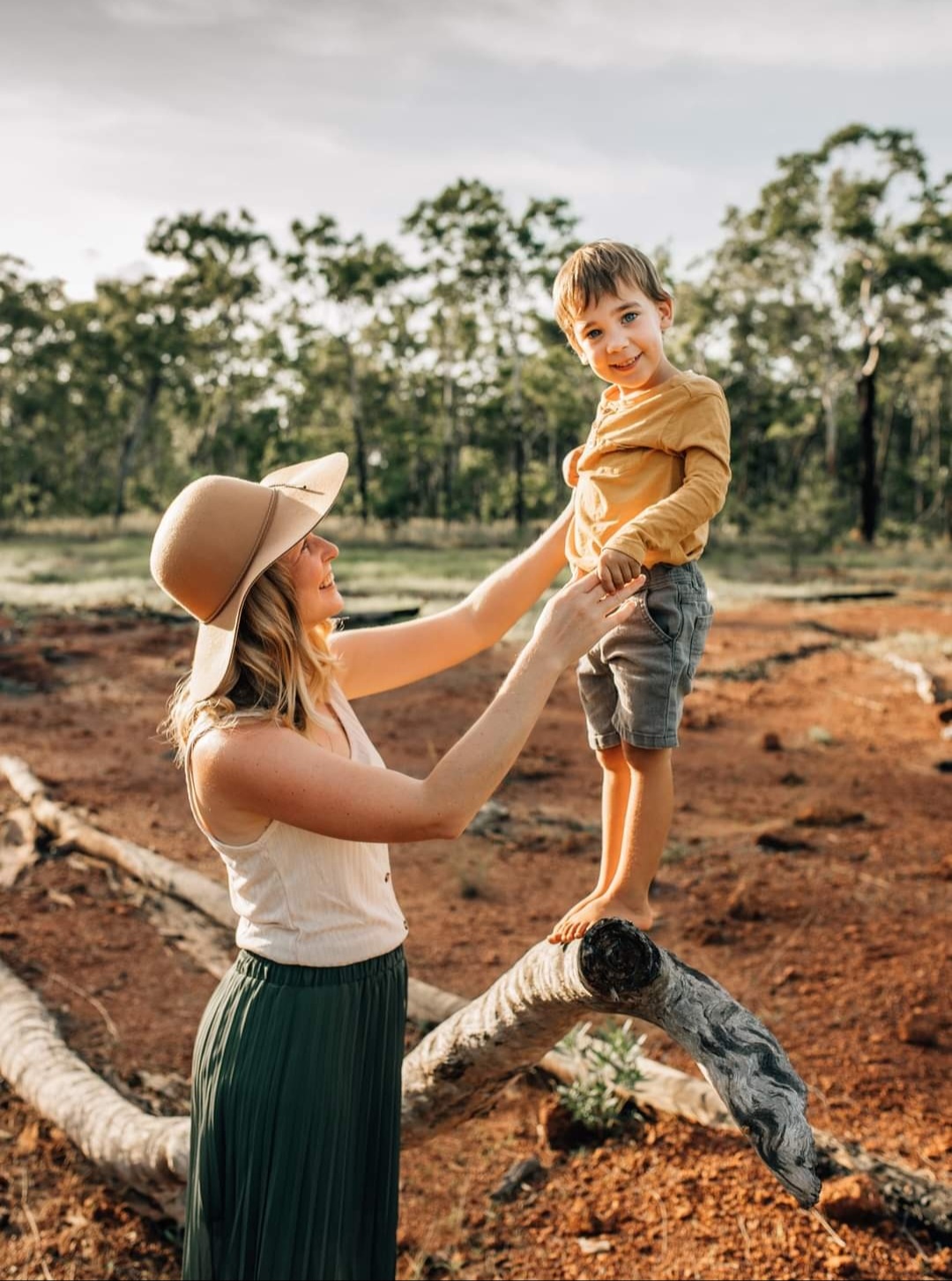 I would have preferred to have a flexible working arrangement where I could still express milk and visit the baby while working. That would have helped keep my mind active and be with my team who I was very close to. That was taken away from me because of the Fair Work Act. This did not seem fair, and with my child still in hospital, I decided to fight it. I was helped by the NT Working Women’s Centre, a great organisation who campaigns on these issues. After pursuing my own case and successfully extending my parental leave term, they gave me pointers on how to lobby the politicians, and write letters and case studies. I connected with the Sex Discrimination Commissioner, NT members of the Senate, federal politicians, legal entities, charities and other affected families in Australia to share our stories.

The financial fear was there. My husband quit his local job to do fly in fly out while I had my “longer” maternity leave. It was the only way we could keep our house with one wage.

I went back to work when my son was one year corrected in May, instead of going back in February when he was still very dependent on me. Preemies have a lower immune system and can have longer lasting issues. My son has chronic lung disease and, while not affected day to day, a cold can send him back to the hospital so he was unable to attend childcare at such a young age. Everything isn’t rosy when you go home with a preemie; it is still modified normality.

When I went back to work full time we split the care across two days of childcare and grandma support. One week, my MIL would have my son in the mornings and then I would work from home in the afternoons. The next week, my husband would take our son as he was then on a week-on-week-off roster.

I still wanted to see a change to the Fair Work Act, not just for me but for other people too. It’s quite a simple thing - you shouldn’t have to start your parental leave if you’re not looking after a child.

I collated 10 case studies from women in similar situations into a letter to MPs. Cut forward a few years and both the Paid Parental Leave Act and the Fair Work Act were changed! One main change that went through in November 2020 to the Fair Work Act was that you do not need to start your unpaid Parental Leave immediately and that you can opt to continue working until your hospitalised baby comes home. That was my one, and exactly what was needed. I even won the NT Human Rights Award for Social Justice!

This whole journey inspired me to run for election in local government. I am now a sitting local Councillor and have been using my position to advocate for local families and various issues. I’m trying to fight the good fight!