Rosalie is the light of our lives; she has taught us about unconditional love, patience and not to sweat the small stuff. We truly are blessed to be her parents and want to make sure we do everything in our power to make a difference. We would like to share our story to raise awareness about AS (in the hopes to find a cure) and to provide comfort and optimism to those who may be at the beginning of their own journey with a child with additional needs.

Rosalie was a very cuddly, docile baby and we always received comments on how happy she seemed. She had a few health issues with feeding, reflux, an umbilical hernia and a slight turn in her eye but nothing too out of the norm. It wasn't until she was around six months old that we noticed that Rosalie was behind in development in terms of rolling, sitting and she had very low muscle tone (floppy). As first time parents we thought that we were being overly anxious and were told by medical professionals to wait and see if she would catch up. At nine months our Pediatrician suggested genetic testing and commencing early intervention strategies in the form of Physical Therapy (PT) and Occupational Therapy.

At 12 months she experienced several seizures. She was prescribed anti-epileptic medication and was scheduled for an MRI (brain scan). Shortly thereafter, we received the genetic test results that ultimately showed she had AS. Our diagnosis journey was relatively short compared to others who may have been misdiagnosed or did not have access to genetic testing.

Once we received Rosalie’s diagnosis we knew that we needed to link in with support groups and medical professionals that specialised in AS. We became members of Angelman Syndrome Association Australia (ASAA), and joined various grassroots Facebook groups run by parents and caregivers.

We were lucky to be living near the Cerebral Palsy Education Centre (CPEC) who have physical, occupational and speech therapy services for children with many neurological conditions. A key selling point for us was the fact that CPEC had a group therapy program which acted like an early learning (kindergarten) program allowing Rosalie to socialise with her neurodiverse peers, work on her social skills and make the transition into a structured learning/classroom environment.

Rosalie attends our local childcare service and has done so since she was 10 months old. The centre staff were very supportive during our search for a diagnosis and were already teaching the children key word signs and incorporated her PT exercises into her day. 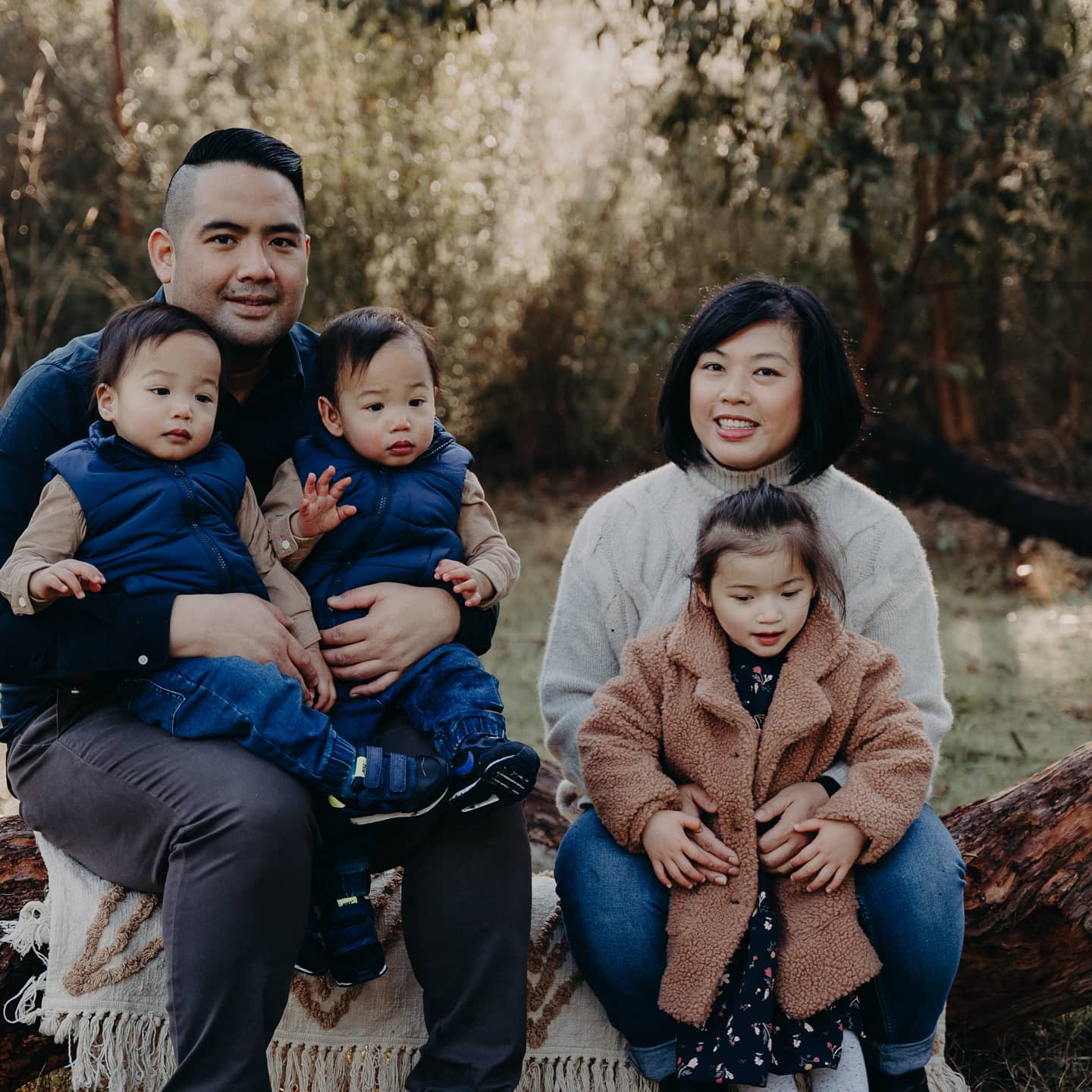 A series of unfortunate events brought our first set of hurdles: Rosalie’s lead educator passed away suddenly, the Director of the centre went on maternity leave and Rosalie had to transition to the older pre-kinder room. Given Rosalie’s poor muscle tone, and her inability to sit and stand, our Physiotherapist suggested that we borrow equipment from the disability equipment library, a state run program which provides inclusion services to early learning centres and schools. Due to the change in management at the centre there were multiple delays and it took a few months of chasing and pushing to actually get her equipment delivered to the centre. We finally received the equipment, with some additional pieces from our therapist however some were not fit for purpose and isolated her from her peers, e.g. her chair did not fit under the group table, her walker was too big for the classroom to be used indoors and educators were not comfortable or did not have time to use her equipment.

Our therapy team offered formalised training in terms of caring for those with special needs and using a PODD (Pragmatic Organisation Dynamic Display) book (free of charge). We offered this to all educators in the centre and we had not one single person sign up which was disheartening. We had to regroup with our therapy team to think of strategies to really engage the staff. We started weekly rotating visits from all three therapists. We were lucky that Rosalie’s physical abilities improved; we worked on her transitions such as getting her to walk up the stairs to get changed as she was getting too heavy to carry.

One of the considerations that many parents of a child with additional needs considers is whether to send your child into a mainstream school or an additional needs learning environment. We decided to adopt a hybrid model, as we wanted Rosalie to maintain relationships with her peers and her twin brothers in the childcare setting so looked at part-time kinder there.

Rosalie is now a threenager, and over the last nine months we have had ad hoc conversations with the Director about transitioning Rosalie with her same aged peers into the three year old kinder room. There has been a reluctance to do so due to a higher educator to child ratio, e.g. 1:8 instead of 1:4 in the pre-kinder room, the process of applying for additional funding/resources to assist (for the entire room not just Rosalie), OH&S considerations, e.g. Rosalie’s cognition and physical abilities as educators are unable to lift children up and depending on the physical strength of a child, specialised equipment such as hoists may need to be ordered. 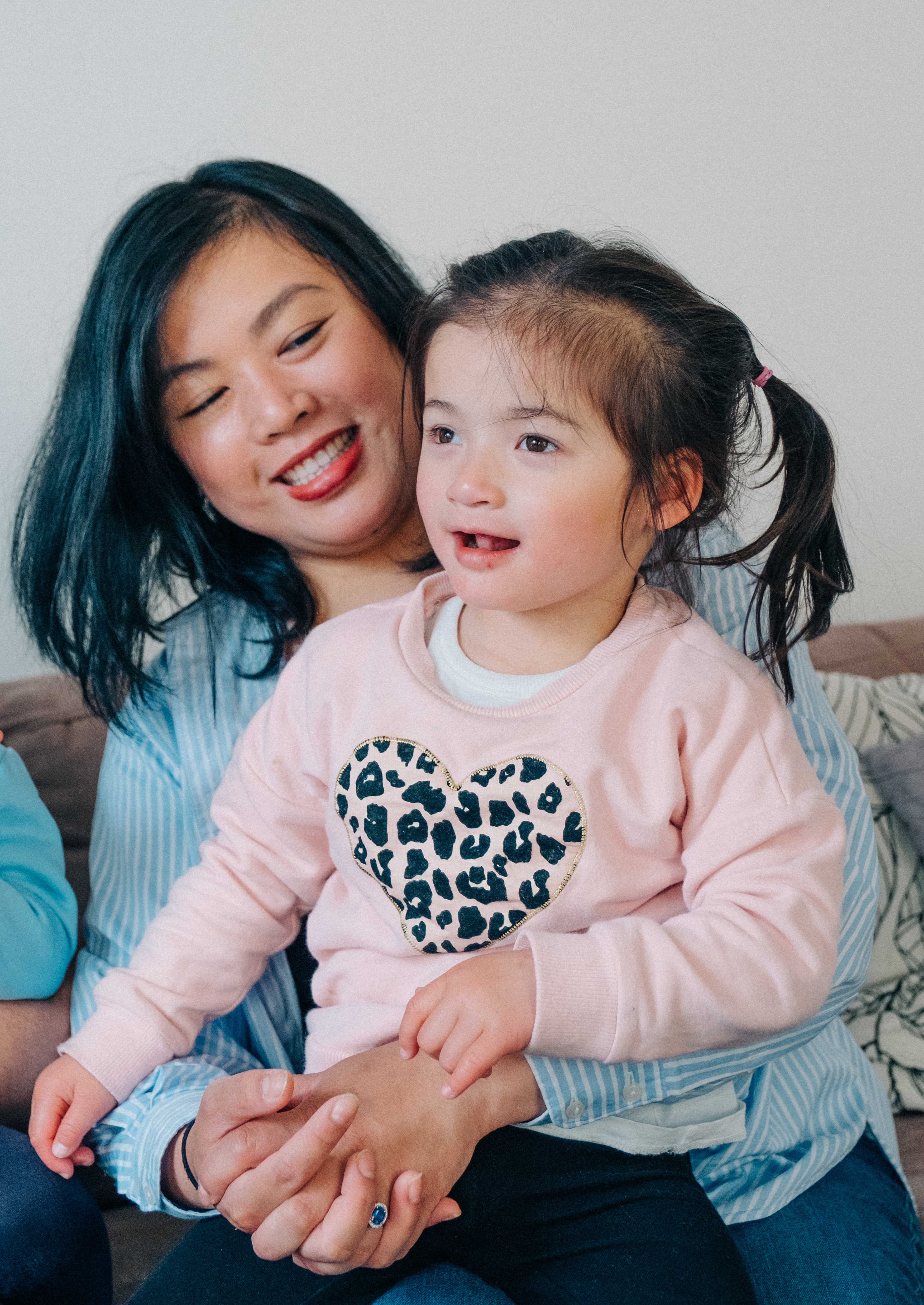 At this stage we are enrolling Rosalie into a three year old kinder program at her early learning centre, commencing next year, in parallel with their application for additional resources. Keeping her with her peer group whom she has grown up with was important to us as opposed to funding considerations (e.g. four year old kinder is funded at 15 hours per week vs three year old kinder at five hours a week in Victoria). We hope that the program can be inclusive, given she will be skipping four year old kinder and going straight into prep in 2023. We have decided to enrol her into a special development school which caters for individuals with more complex needs. We know that Rosalie will never lead an independent life, however we want to be able to equip her with the skills to help with basic self care and an avenue to communicate. As with a parent of an additional needs child our greatest fears and worries are what happens when we are no longer around and will my child have the ability to communicate if they are being exploited.

It’s a hard gig being a parent and navigating the world of early learning and care/schooling but doubly so as a parent of a child with additional needs, as there is a huge mental and physical load with managing the family and juggling various appointments. The grief of having a child with additional needs is always in the background, it ebbs and flows, at times it can get you down, at other times, it can give you strength to fight for your child. We always remind ourselves that this is a marathon so we put energy into things that we can influence and change.