Motherhood made me invisible - Dinah's story.

Feeling invisible started when I was pregnant with my first. I had intense morning sickness and would spend most days in the toilet. I had no idea it could be that bad and felt no one understood - or noticed - what I was going through.

When I started to show, people saw me as a belly and not a woman. I wasn’t me anymore. Seven years later I still feel invisible and what I have realised is that our system, coupled with societal attitudes to motherhood, made me invisible.

When Noah was born I felt overwhelmed by the responsibility of keeping this baby alive - who was always hungry. The midwife said I was doing everything right, but Noah just wouldn’t latch. I knew something wasn’t right but no one would listen. I was asked to keep going at it. So I breastfed through the nights, watching ‘Orange is the New Black’. No sleep, just breastfeeding. Soon my husband, who could see I needed a break, suggested we switch to formula, and Noah drank his first bottle in a few minutes. I felt so guilty; why wasn’t I enough? But it was a blessing: stopping meant I got sleep - and I found myself again.

When Noah was 10 months old we moved to Adelaide for my husband Shane’s job. We were on our own, as we don’t have any family here. It was very hard to meet other mothers; Noah was soon walking and it was hard to talk to people as I had to follow him everywhere! Being an extrovert, I needed human connections. One day at a playgroup, desperately trying to have a conversation with another adult, I realised that all of us were struggling to connect. We were lonely mums walking alongside each other but unable to connect, becoming invisible to one another.

So I decided it was time to return to work to have a social life!

Unfortunately all the childcare centres near me had a waiting list of six months, making finding work impossible. Finally, Noah got into one day of daycare, but then I fell pregnant and had an even worse first trimester than the first time around. I was not well physically, so there was no point in going back to work.

Nothing prepares you for one child, but especially nothing for two. A toddler and a baby. Maeva hated being in the capsule or on her back and when she was four months old we found out she was allergic to egg, dairy and soy. As I was breastfeeding I had to cut these out of my diet and, as a foodie, it was worse than being pregnant! I hoped that Maeva would feel better, but she still woke up every one-two hours. I didn’t sleep for 9 months. 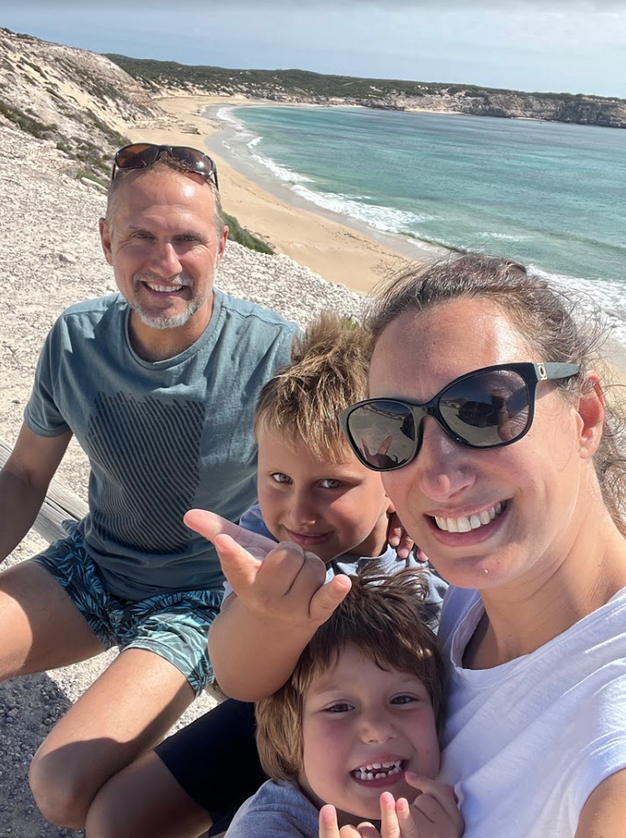 I was a wreck. I went to CAFHS (the Child and Family Health Service) every week asking for help. After six months, they sent me to a sleep school program. By then I was a zombie and very depressed. Maeva was nine months old and it was the worst thing I’ve ever done. I was with her 24/7 for three days, without any support or anyone to look after her when I wanted a shower or a breather. Again, I was invisible.

After three days my husband picked me up and we agreed to get a sleep consultant. In two weeks Maeva was sleeping through the night, from 7pm to 6am! But I was still not feeling better. It was a tsunami of emotions: I was drowning in the water, with waves of emotions hitting me and a hand pulling me down so I couldn’t get up to the air to breathe.

I knew something was wrong so I got a mental health plan to see a therapist, who diagnosed me with postnatal depression. After a while, the waves became smaller, and I learnt to trust myself again and my ability to swim and to navigate through. I learned to live with a rainbow of emotions and to accept them rather than swimming against the current.

I had a breakdown followed by a breakthrough: the idea to create a centre for mums where every mum feels visible.

I’d done the calculation of going back to work. I would have been out of pocket by about $10-15k a year with two kids in childcare on a part-time salary so it wasn’t worth it. Instead, I created my own job. I work flexible hours, so I can balance my not-for-profit centre, Villagehood Australia, with raising two kids.

What really drove me to create Villagehood Australia was people saying “you just need to accept things as they are.” I’m not going to accept this: the way we’re treated, the way the system treats us. Mums become invisible, we can’t find a job, the school system is forced on us yet there are no jobs that allow us to work within school hours. Just because it’s common doesn't make it normal. Motherhood shouldn’t be this hard. 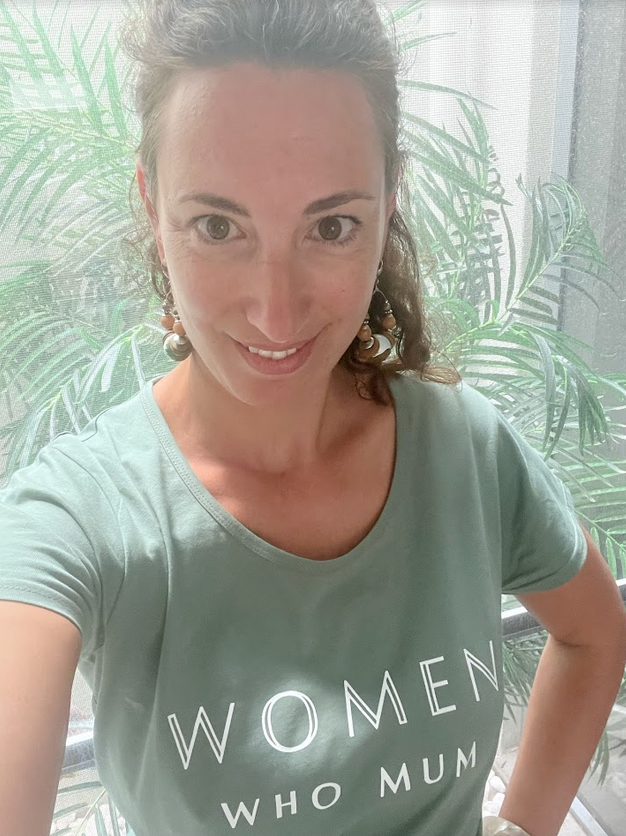 Even when I was at my lowest point, crying on the floor in my bathroom and thinking my kids would be better off without me, I still knew there was something else. It wasn’t just depression, or just sleep deprivation, it was also the absence of choice. All the choice was taken away from me. When you have children, people only see them and not you - the person you are. I didn’t have to be depressed and sleep deprived and isolated and lonely. The system is failing mothers, and I’m frustrated. It needs to change. The way we see and experience motherhood has to change.