The system values a man’s contribution above a woman’s.

We went into parenthood with our eyes wide open. We hoped it would be great, but we knew it would be hard. We have two wonderful children roughly 18 months apart and we love being parents. It makes us really angry that there are so many barriers in our society that treat mothers and fathers differently.  It makes parenting harder than it needs to be.

When our first baby was born neither of us were in permanent work so we weren’t entitled to ‘Parental Leave Pay’. Robert instead accessed two weeks of statutory Dad and Partner Pay. What a bureaucratic challenge that was! The three of us, even the new baby, had to go in person to Centrelink’s offices where you feel like a number. This was on top of hours spent lodging our claim online. How hard must it be if you’re not confident with technology, literacy, Centrelink or the English language?

Robert took four more weeks’ leave, mostly unpaid, and we were fortunate enough for me to care full-time for the children while they were small. The financial hit was worth it. Having both parents home in those first critical few weeks has positively impacted the way we parent. We share the care even though one of us works full-time and the other part-time.

When choosing an Early Learning Centre (ELC), some of the for-profit centres felt very business and money focused rather than a place for children to grow, learn and be nurtured. The centres that we did like had long waiting lists or required parents to commit to a minimum of two full days a week, which was more than our eldest child needed.

Robert also requested part-time working arrangements from his employer. They gave it serious consideration, but like many workplaces, men asking for part-time work is so far from the norm that they couldn’t find a way to make it work. Robert felt like he didn’t really have the right to make the request. I still feel angry that the workforce is structured assuming that you have a 'wife' at home taking care of everything.

We ended up juggling with local council-run occasional care, sessional kindergarten, grandparent care, agreed flexible work with our employers and working from home. The impact of lack of access to care and flexible work on our finances and my career has been huge. I’ve worked less than I would have liked and feel let down by a system that values a man’s contribution above a woman’s.

After seven months we got a place at a not-for-profit ELC that offered long daycare. It took a few weeks for the children to settle in, but it was a lovely centre. Soon the children were loving it and I was loving being back in the workforce. 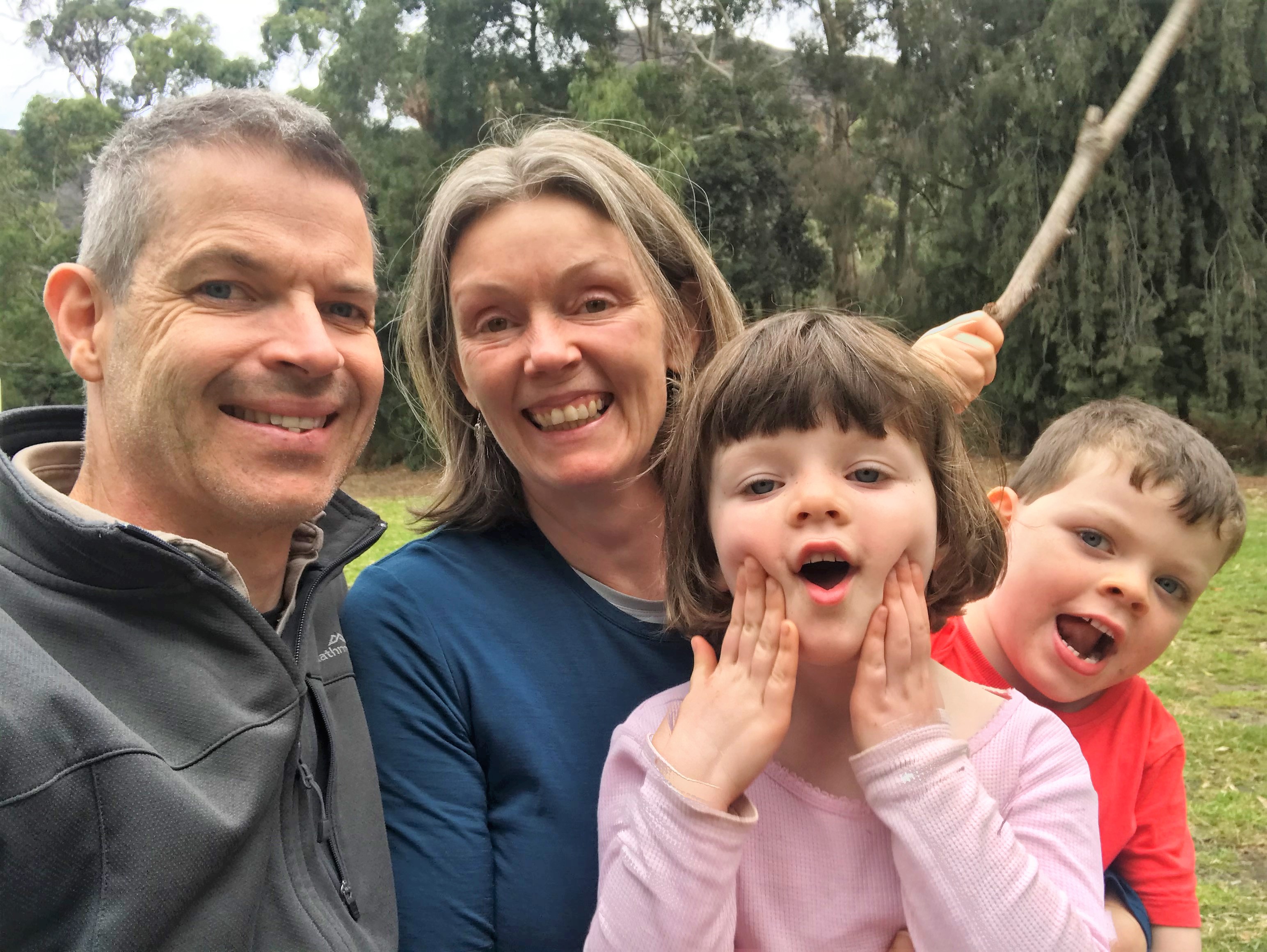 It was March 2020 and little did we know that all our lives were about to be turned upside down. I lost my job due to the pandemic, so we had to pull the children out of the ELC just as they were settling in. It was a tough time.

I returned to study and we tried to re-enrol the children at the same ELC. Due to the pandemic, they were closed to ‘new’ enrolments, which we were now classed as. We felt abandoned by the system.

We spoke to Robert’s employer about taking carer’s leave but were advised that carer’s leave was not for caring for your own children during lockdowns.

Remote learning was probably the hardest time of our family's life. The children went backwards socially and academically, and needed supervision 100% of the time. One parent had to supervise the schooling; and the other had to entertain the pre-schooler. When could our paid work and study be done? Robert’s immediate supervisor was really compassionate and understanding, and the only reason we made it through a really tough time. It was a shame we weren’t better supported ‘officially’.

As the pandemic progressed, our ELC reopened and we re-enrolled. Our younger child loves it and she attends our equally wonderful local sessional kindergarten. It’s more cost effective to use this mix of care but our children do suffer from the change in routine day to day by attending two different centres. They often say they feel shy or anxious about mixing with different groups of children on different days.

This is why we welcome the Victorian government's expansion to kindergarten programs - this is a game changer. Kindergarten will be more consistent, affordable and accessible, which is what all families need. For it to be successful, all educators need to be better supported, respected and remunerated. We’ve seen a lot of turn over in educators - they don’t get paid enough nor get the support and respect they deserve.

Being a parent is the best and most important job in the world. We feel let down, defeated and angry that we don’t live in a society where parenting and caring is valued. Parents should be able to choose how they share the care of their children with paid work, and not be constrained by outdated gender stereotypes.