The Parenthood notes the appointment of Alan Tudge as the new Federal Minister for Education and urges him to pursue early childhood education and care reform as a matter of priority.

“Ensuring as many children as possible access high quality early education and care is the investment we need to make in Australia’s future,” The Parenthood executive director,
Georgie Dent, said.

“Ninety per cent of a child’s brain development occurs in the first five years so getting early education right is critical. 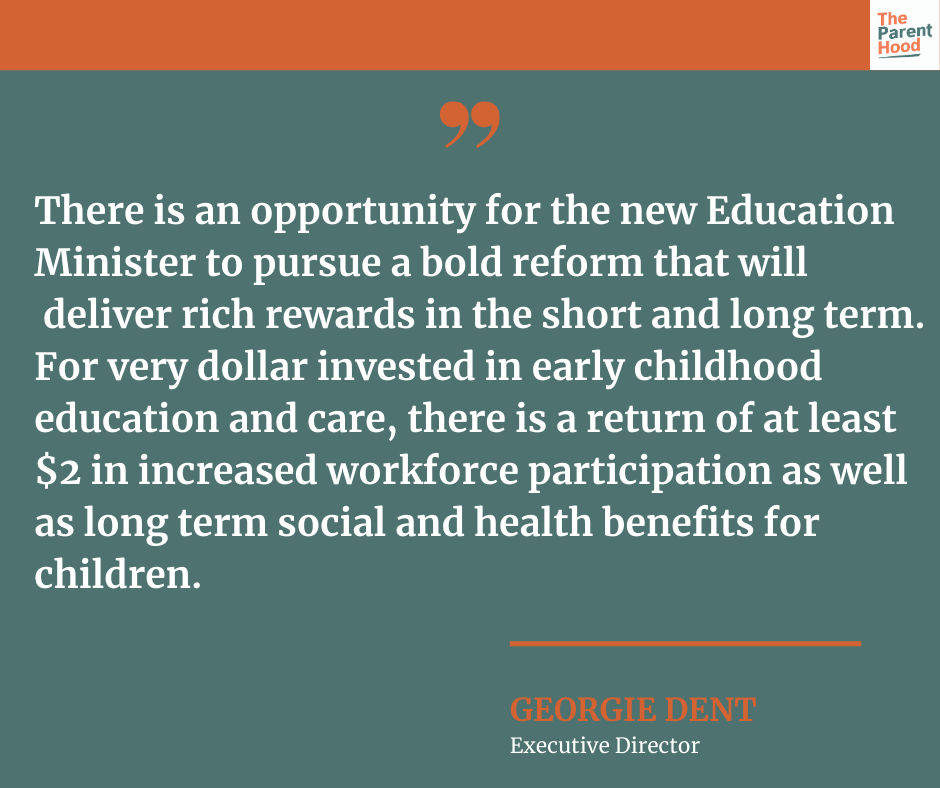 “Attendance of early learning among Australian children lags global peers while families pay some of the highest out of pocket costs in the OECD.

“Currently more than 20 per cent of Australian children start primary school developmentally vulnerable and we know that children attending high quality early
education and care is the best way to address that.

“There is growing public support for making Australia’s early learning and care system work better for children, families, early educators and the economy.

“There is an opportunity for the new Education Minister to pursue a bold reform that will deliver rich rewards in the short and long term. For every dollar invested in early childhood education and care, there is a return of at least $2 in increased workforce participation as well as long term social and health benefits for children.

“We look forward to working with Minister Tudge on ensuring Australia’s early learning and care sector sets the economy, families and children up for success.”