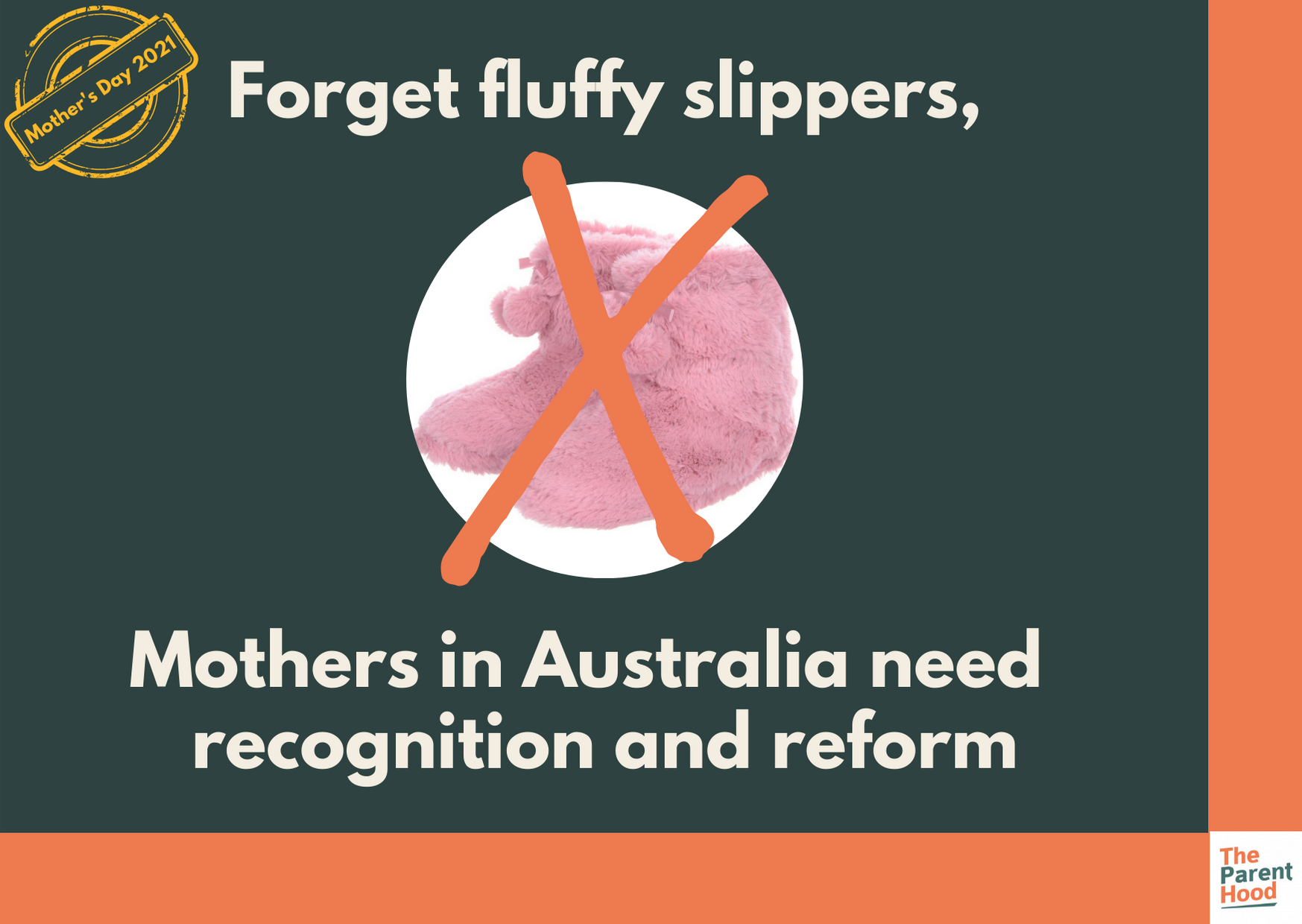 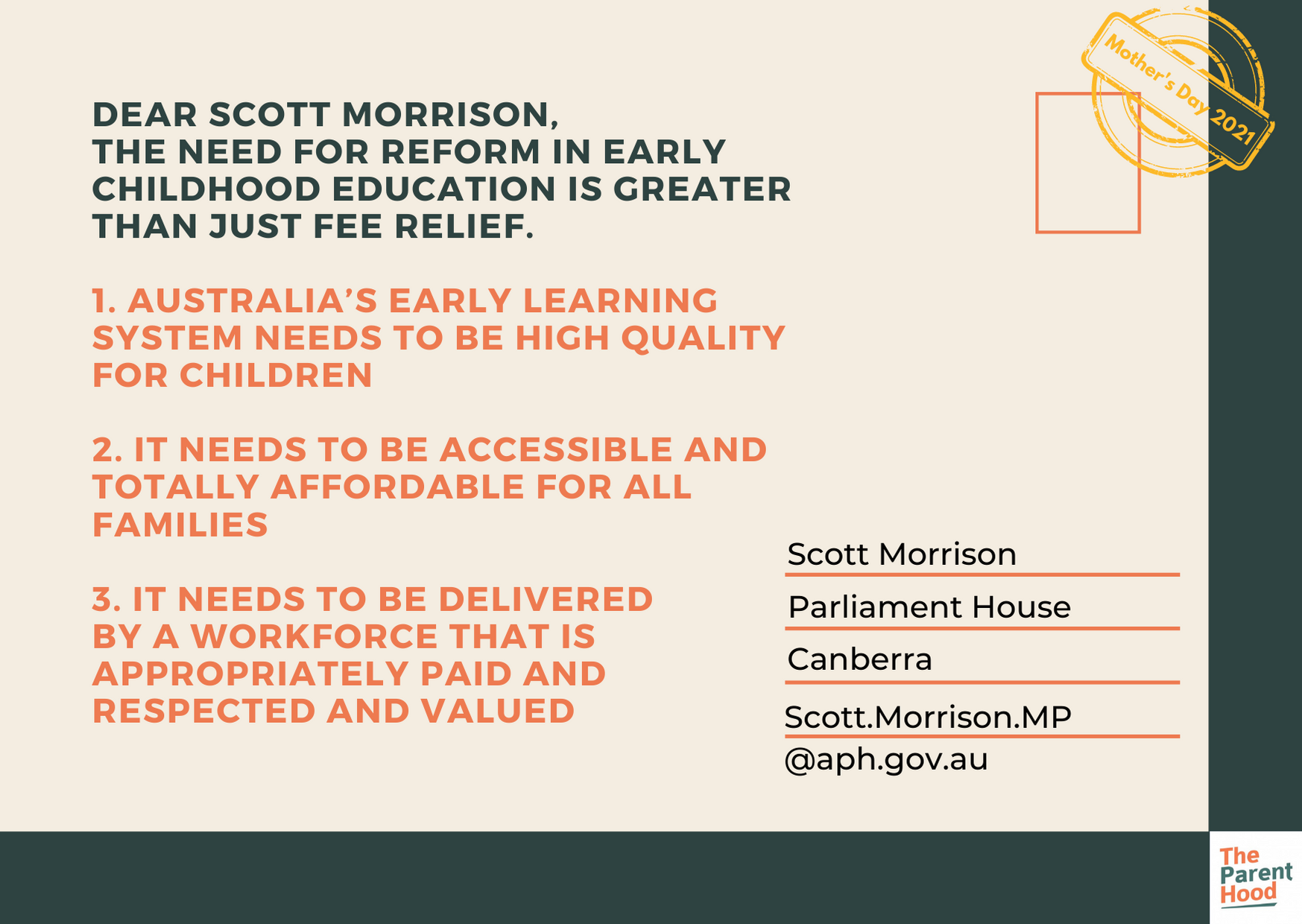 Download our postcard here and send it by email to Scott Morrison!

Forget fluffy slippers and appliances, what mothers in Australia desperately need is structural reform that will improve the safety and economic security of all women. Six years ago when he was the Minister responsible, Prime Minister Morrison used the occasion of Mother’s Day to announce a restructure to the system of payments and benefits to help parents afford early childhood education and care.

The recent announcement of an additional $1.7 billion investment in the Child Care Subsidy is welcome. But it will not help all parents and won’t commence until 1 July 2022. For Mother’s Day 2021, we are asking the Prime Minister to look again at the out-of-pocket costs parents pay to access early childhood education and care.

In fact, parents’ out-of-pocket expenses are 23 per cent higher today than they were when the then Minister responsible, Scott Morrison, announced the package. This has a direct impact on Australian families. The current system of government subsidies for early childhood education prevents parents, more often than not the mother, from working more than three days a week.

As a direct result, this prevents Australian women from participating in the workforce to the extent that they may want to, impacts our economy and creates lifelong challenges for women’s income and superannuation. It also means children miss out on the enormous benefits of high quality learning at the most critical time – their first five years of life.

Investment and reform of early childhood education in Australia would deliver huge dividends. We know from recent modelling that for every dollar invested in early learning, our nation gets two back over the course of a child’s life.

A universal, high quality and affordable early childhood education system will help make Australia a nation in which all women can live and work freely and safely and reach their full potential.

I invite parents, grandparents and carers to send Prime Minister Morrison a reverse Mother’s Day card and ask for meaningful reform to make early childhood education high quality, universally accessible and genuinely affordable, by downloading our postcard here and send it by email to Scott Morrison!

Thank you for your support.